From the 23rd till the 26th of October Caritas Serbia organized a training on SPHERE standards for the coordinators of Caritas in Serbia. 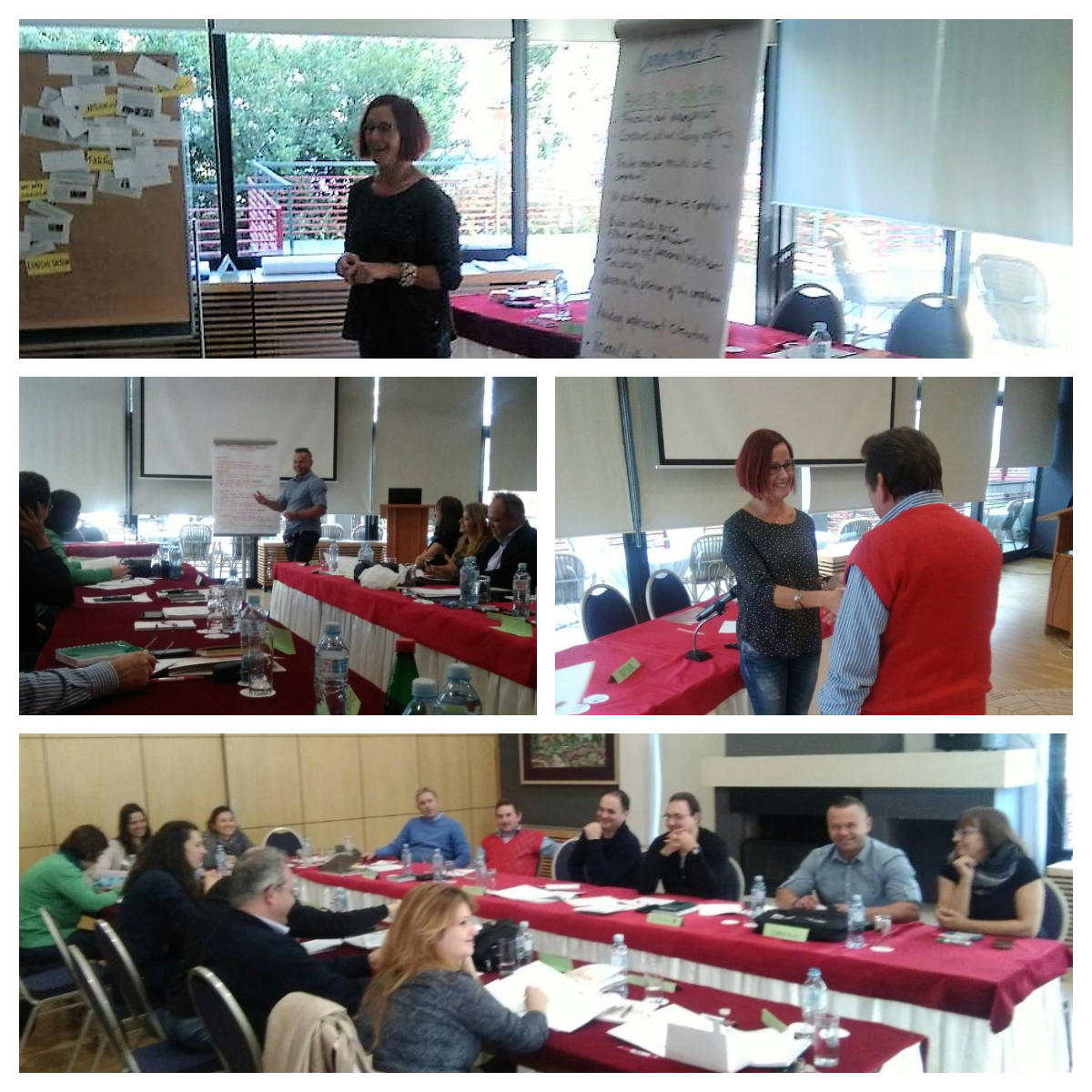 The trainer was Nina Wöhrmann, expert on SPHERE standards, who presented these standards in four days of training. In the first two days the participants learned more about minimal standards and they were presented with the basic rights of the beneficiaries in humanitarian work. In the last two days the other employees of Caritas also joined the training, to learn more about humanitarian standards, that each organization has to see as its obligation and that have to be fulfilled for a quality work and satisfaction of beneficiaries. 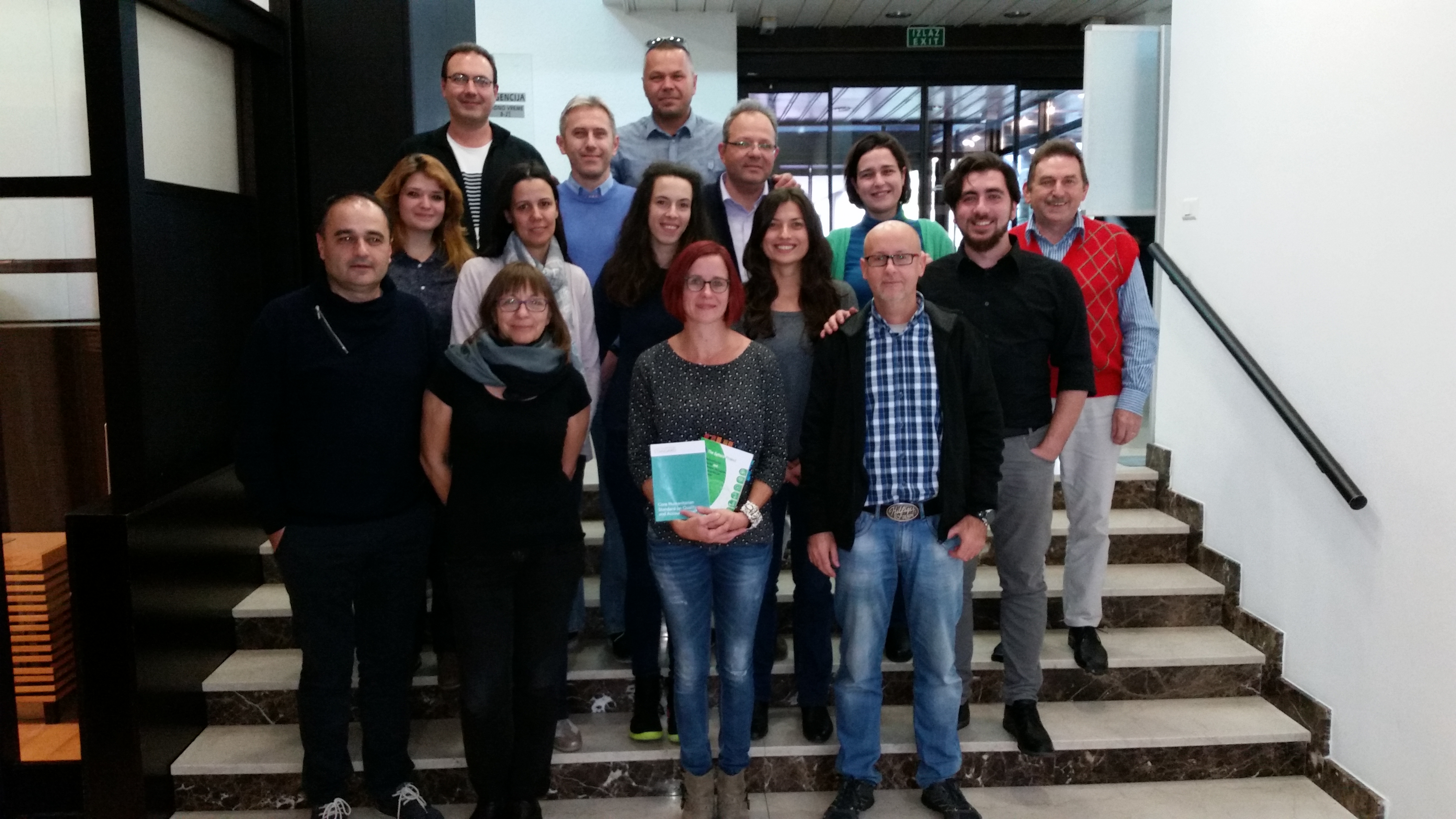 The training was implemented through the study of the book of SPHERE standards, enriched with the active participation of Caritas representatives and their previous experience of field work. The participants showed enthusiasm with the quality of the trainer and the knowledge gained and each one of them received a certificate about the successfully completed training. 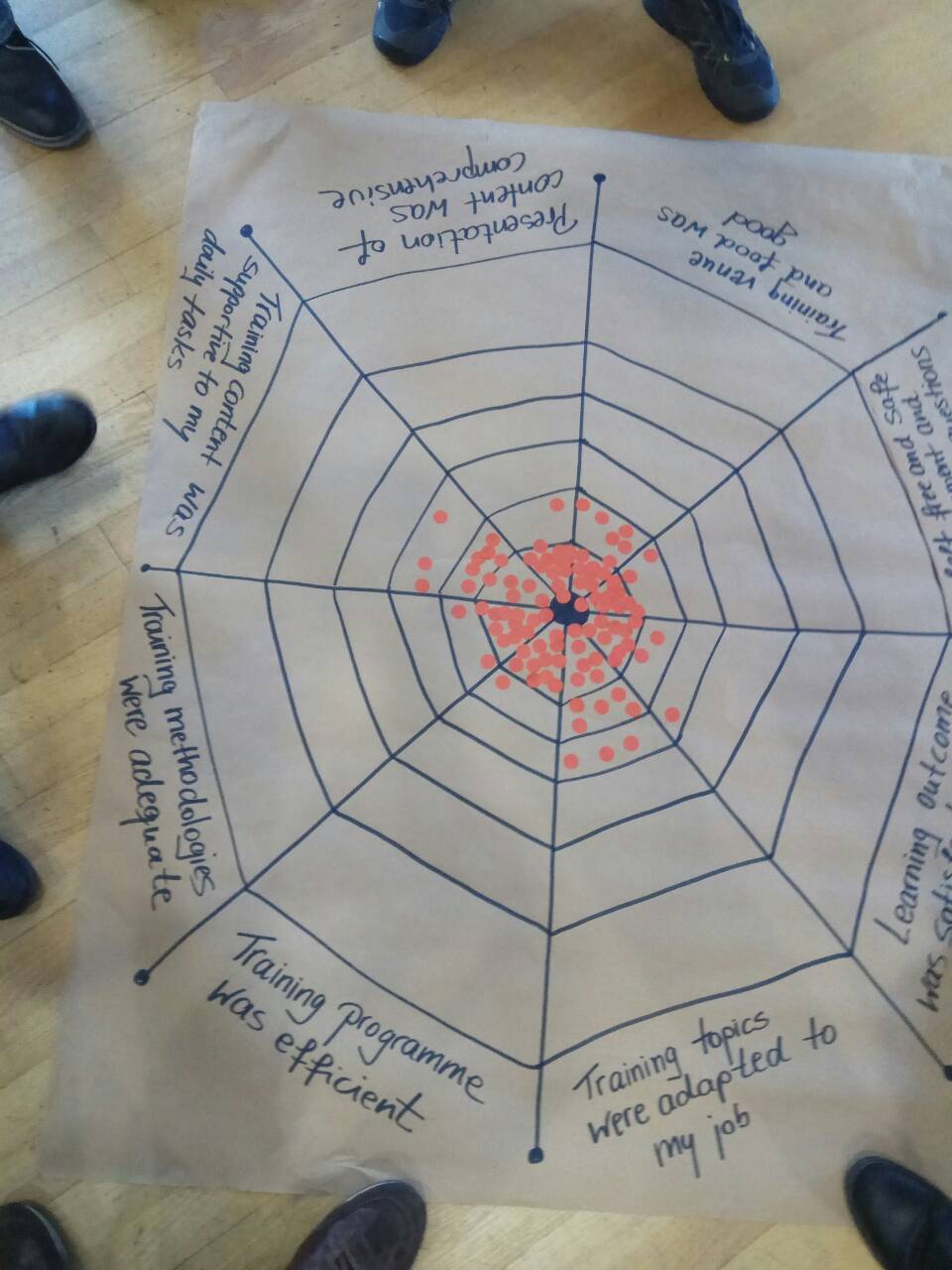 Children in Presevo learn about traffic signs with Caritas

In cooperation with Technical Education Teacher Bratislav Djordjevic from the Elementary school in Presevo, we came up with the idea to make traffic signs, all in order for children to learn their meaning more easily and quickly. On Monday, we returned from school, and during free activities, we worked with children on the development of traffic signs. The first day we painted them on cardboard and paper, and the next day they we talked to children about their meaning. We explained to them that the traffic signs must be respected; we must follow directions and warnings on traffic signs, and we should not remove from the position or demolish. Then we also painted the signs on the cardboard, and cutting them from paper. For children this workshop both educational and interesting. A teacher of technical education praised our work and said that signs will be exposed in the classroom at the school. 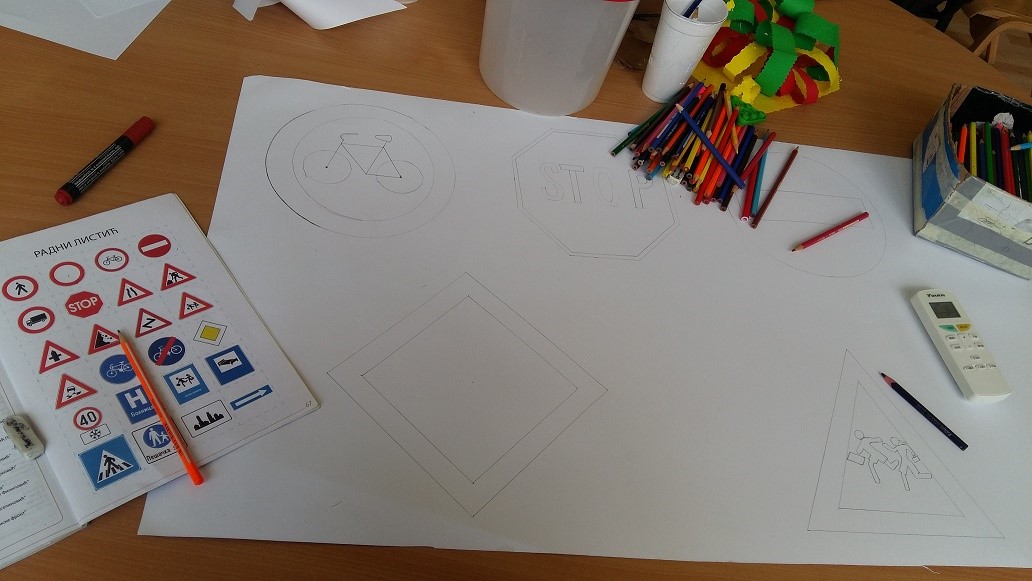 Caritas Psycho-Social Support Team accompanies students from the 5th to the 8th grade to school and helps the children get into the new environment more easily and learn new school subjects. Caritas team is also helping teachers and school leaders in their efforts to work with children refugees/migrants. Our goal is that children refugees/migrants feel as a part of that school community, and equal with other students. 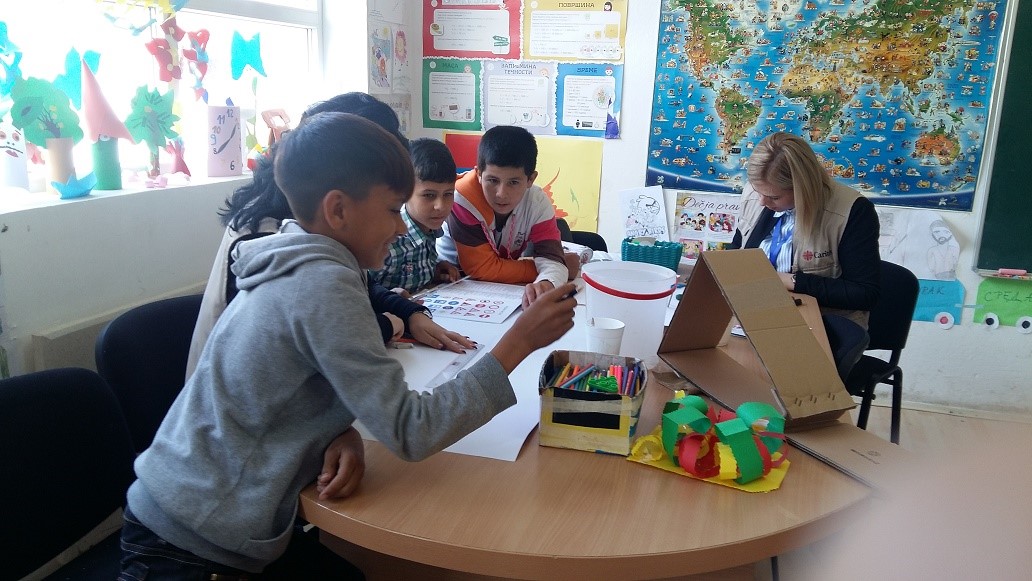 The children in the school are showing visible progress, they take their school obligations seriously and several of them have been praised for their outstanding efforts, work and activity at classes. This makes Caritas team Presevo proud, because “our” children are among the best students among children in the camp, which means that our work was high quality. Caritas team managed to create a strong knowledge base for children, which now helps them adopt school knowledge. In addition, every day after school we help children in writing homework and learning new lessons. 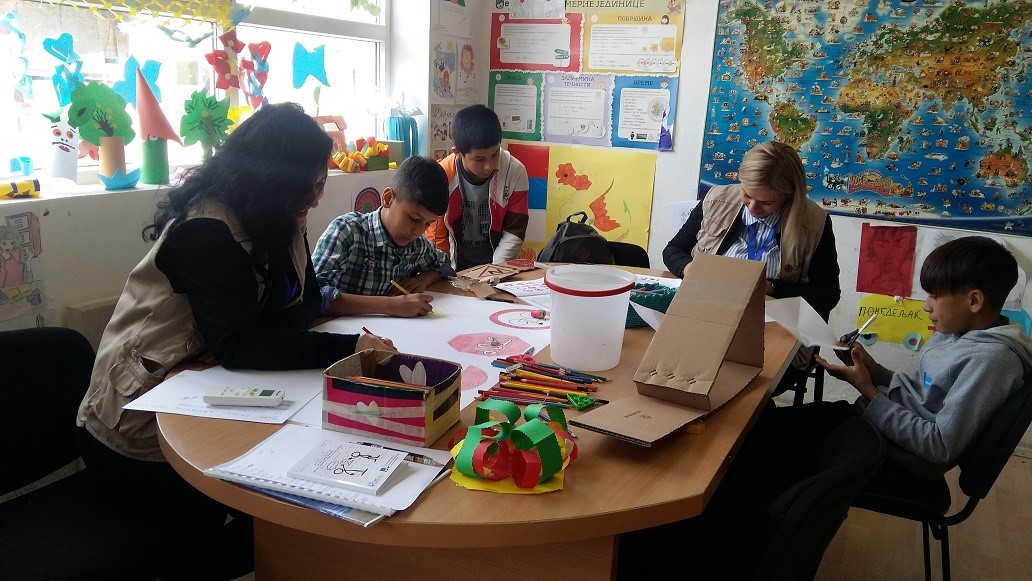 The work of  the Caritas psycho-social support teams in Serbia is funded by the German Ministry of Foreign Affairs and Caritas Germany. 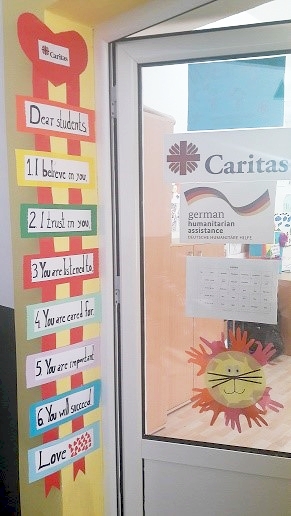 It can happen to everyone: 10th of October – World mental health day in Serbia

Through street actions, awareness raising campaigns, promotions, round tables, this day was observed  in the cities throughout Serbia, in which are active the associations of users of mental health services: Belgrade, Sabac, Pirot, Valjevo, Kragujevac, Nis, Vrsac, Kovin, Kikinda, Novi Knezevac and Sombor. 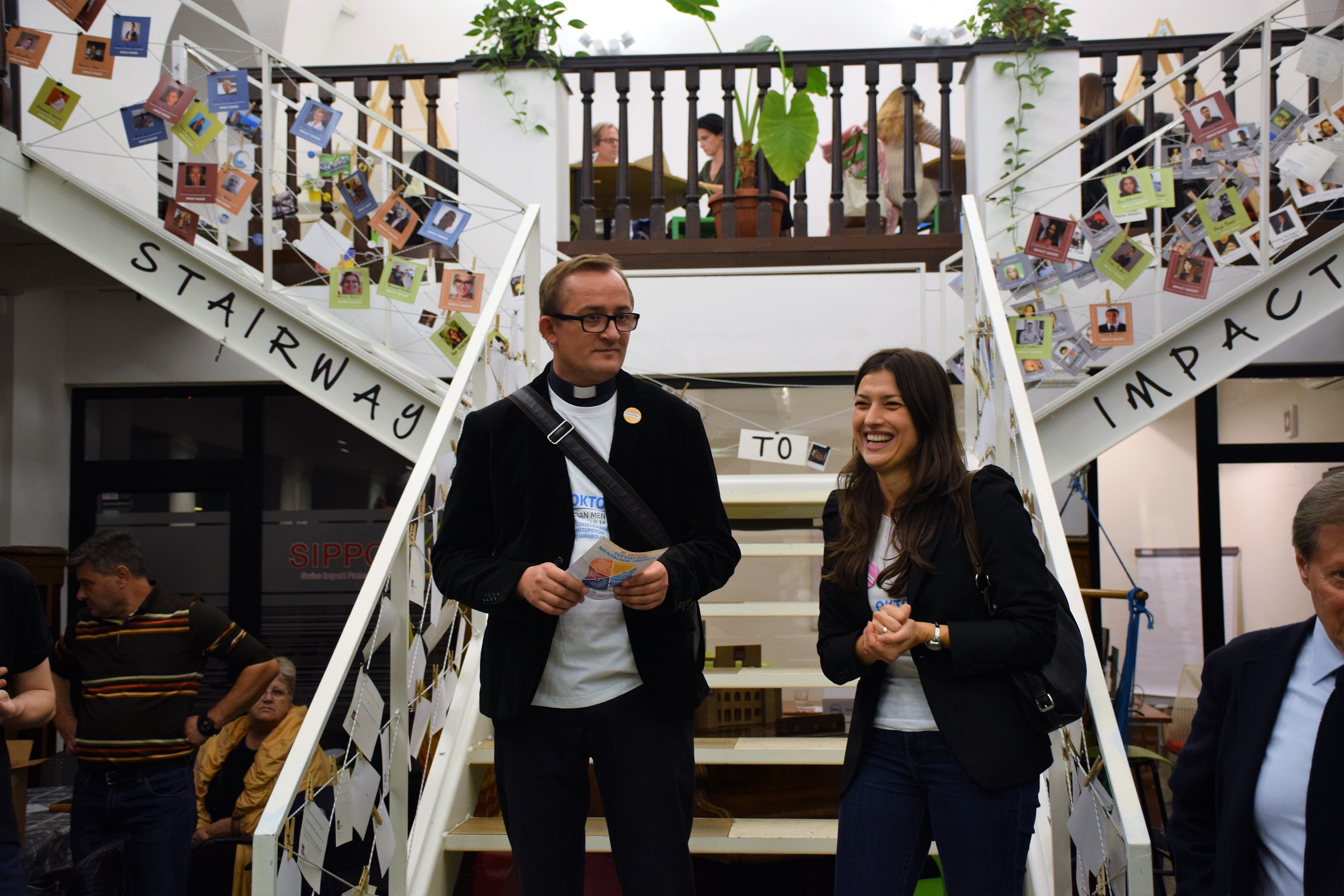 The messages of this years campaign, through hashtags: #noteverypainisphysical #itcanhappentoeveryone #stopstigma were printed on t-shirts, distributed on badges, flyers and bookmarks. 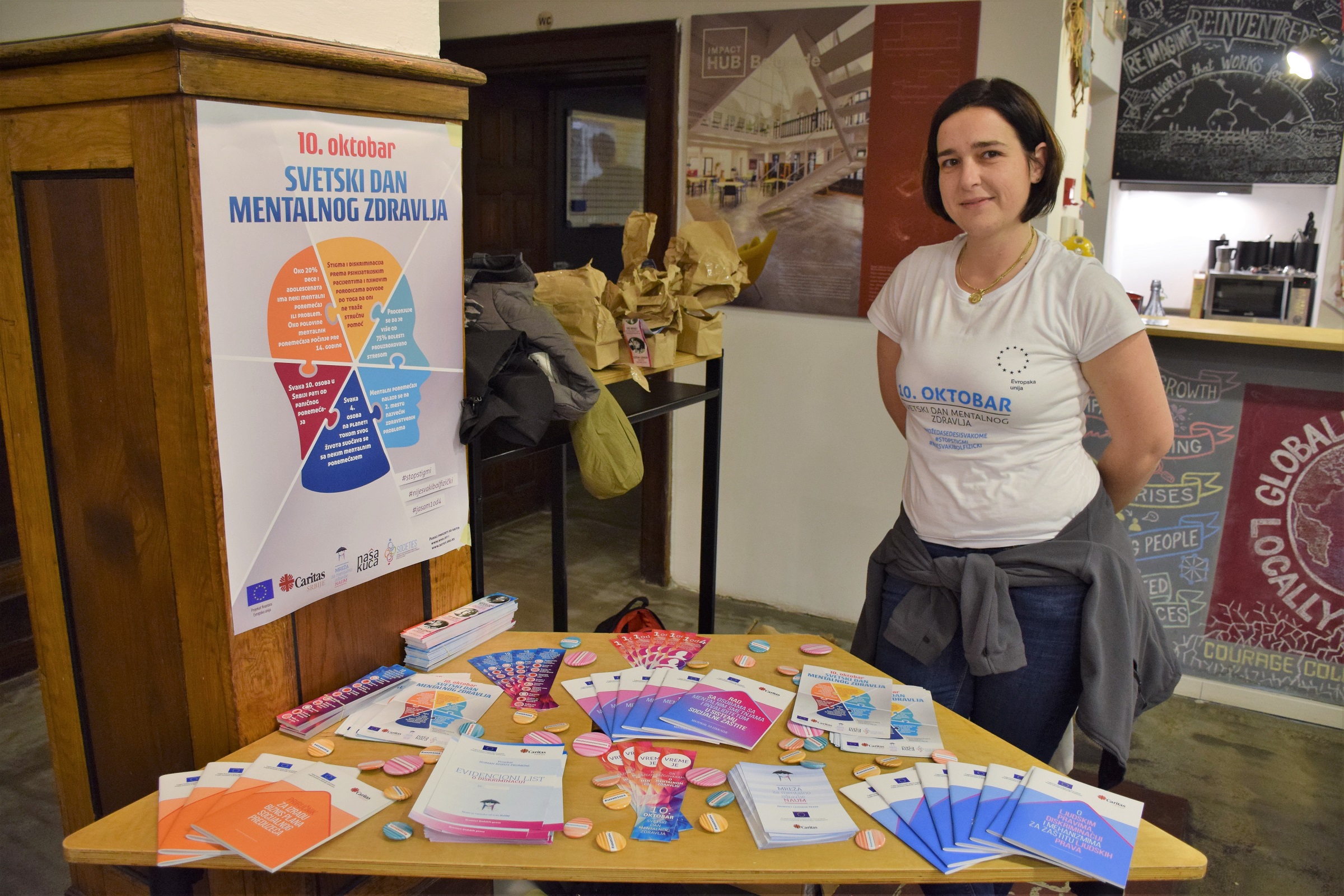 In Impact Hub in Belgrade the association presented their work through creative, art and psychological workshops. On this occasion was also shown the film “Homo homini medicamentum est” (Person is a cure for another person), made within the project HUMAN RIGHTS PROMENE, financed by the EU. The film shows positive examples of respect of the rights of people with disabilities and with mental health problems, through new community services and the occasion for their work engagement or employment. 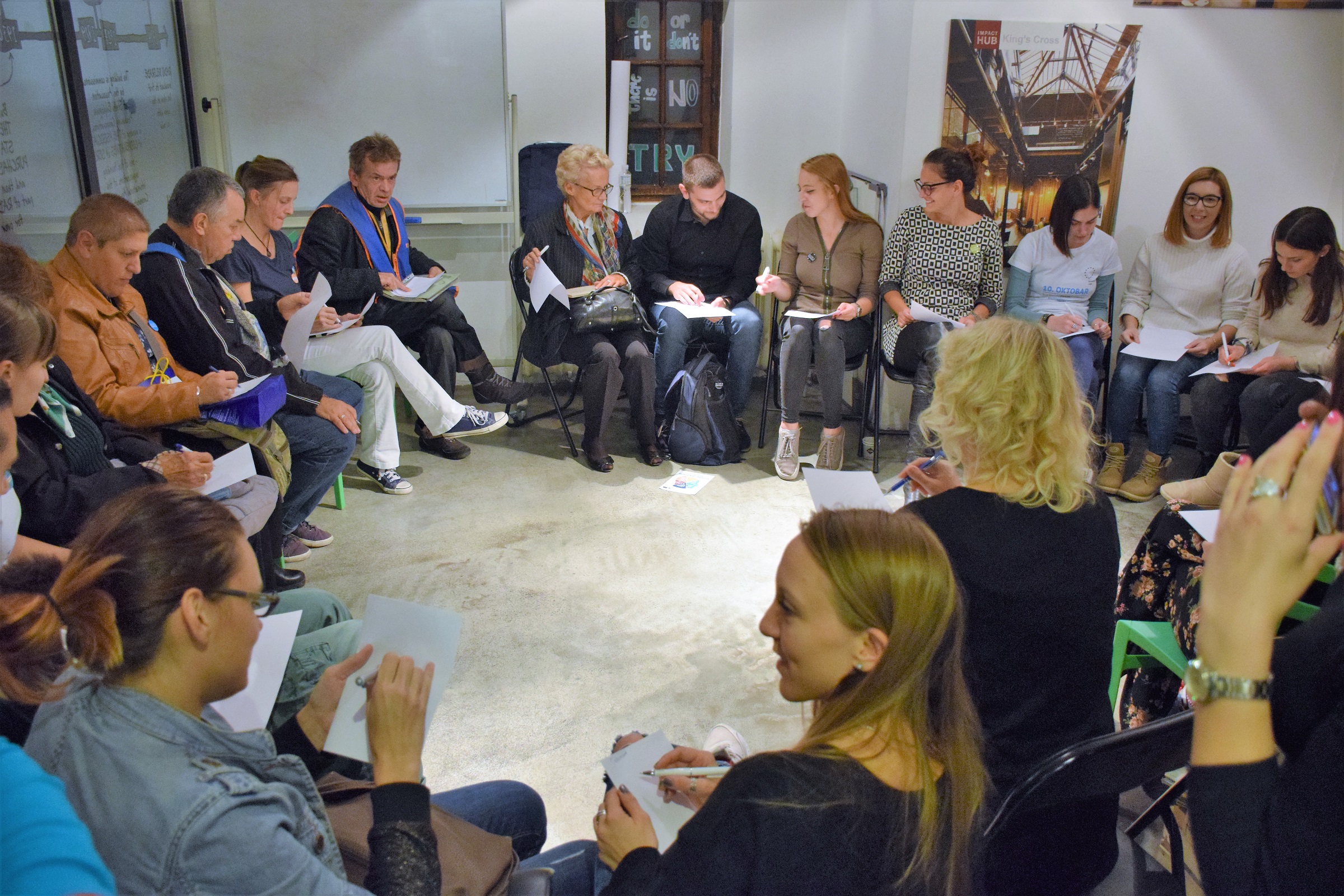 The world mental health day is observed every year on 10 of October and presents a chance to warn about the growing problematic of mental disorders and illness, in order to raise awareness and commitment for mental health well being. 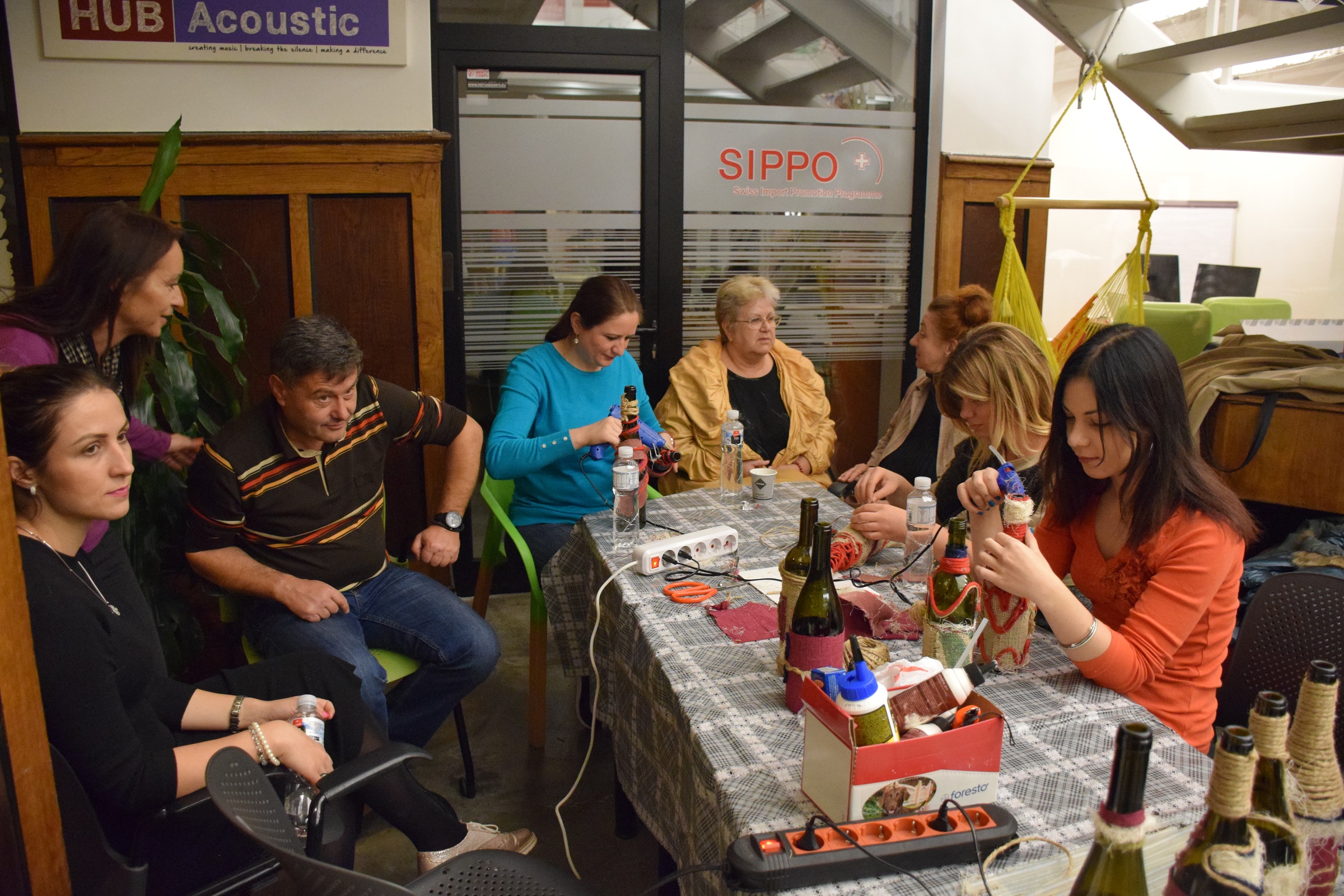 There are numerous factors, which influence mental health. According to the statistics, 1 person out of 4 faces mental health problems in their life. 300 million people in the world are suffering just from depression. The fact is that mental health problems represent one of the most pressing problems, although there are prejudice and barriers, which turn away people from asking for help when they need it.

The events organized for the World mental health day in Serbia were supported through Caritas projects: HUMAN RIGHTS PROMENE – HUMAN RIGHTS PROmotion in MEntal Health NEtworks and SOCIETIES – Support of CSOs in empowering technical skill, inclusion of people with disabilities and EU standards in South East Europe, financed by the European Union. 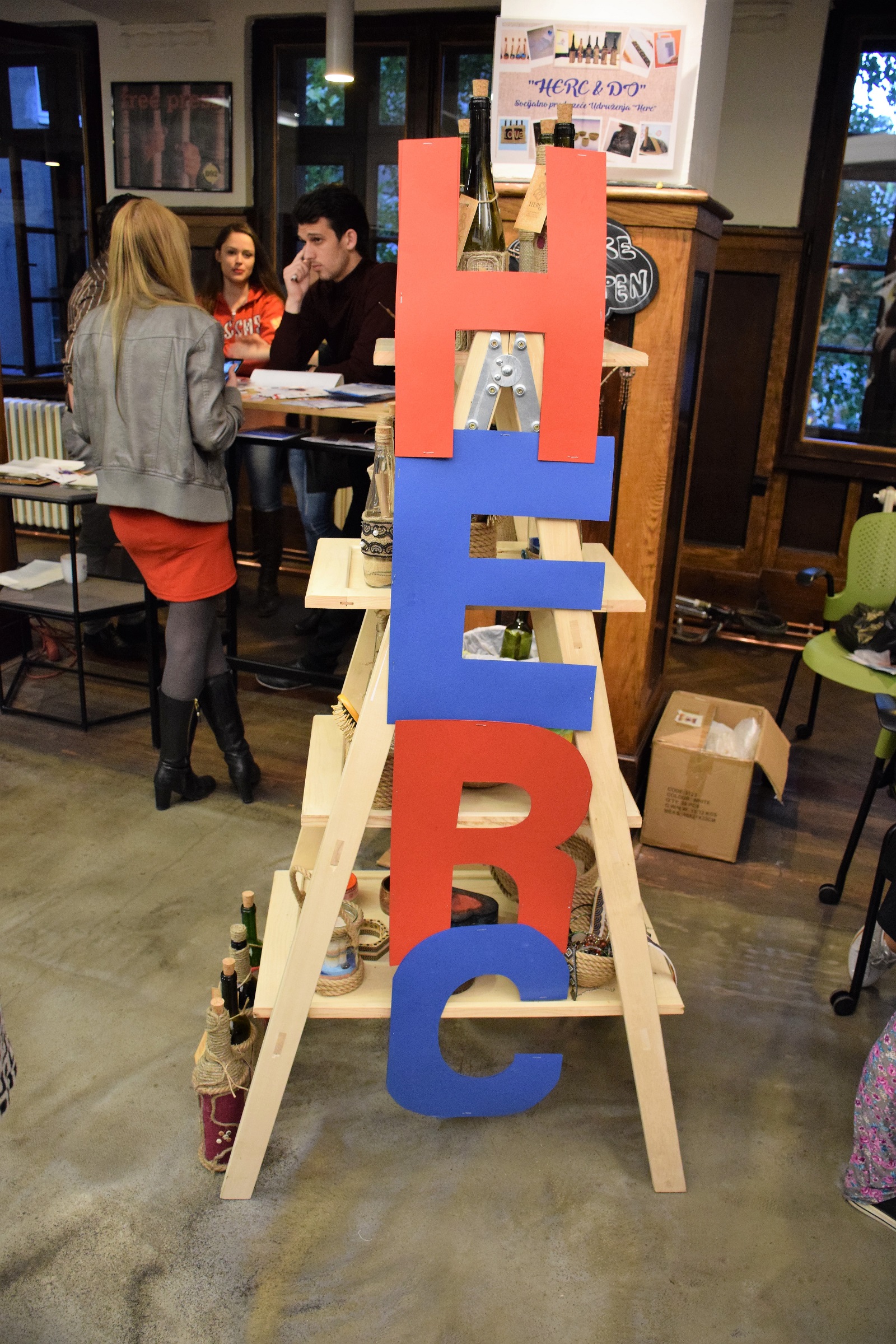 Share the journey: Cooking workshop with the refugees and the local population

On Saturday 30th of September in the summer residence of the Greek-catholic bishop in Sid, which is also a volunteer’s center of this diocese, an intercultural cooking workshop was held, to which 10 women from the Refugee center participated, together with the local women from Sid. The workshop was organized together by Caritas and SOS Children’s villages. 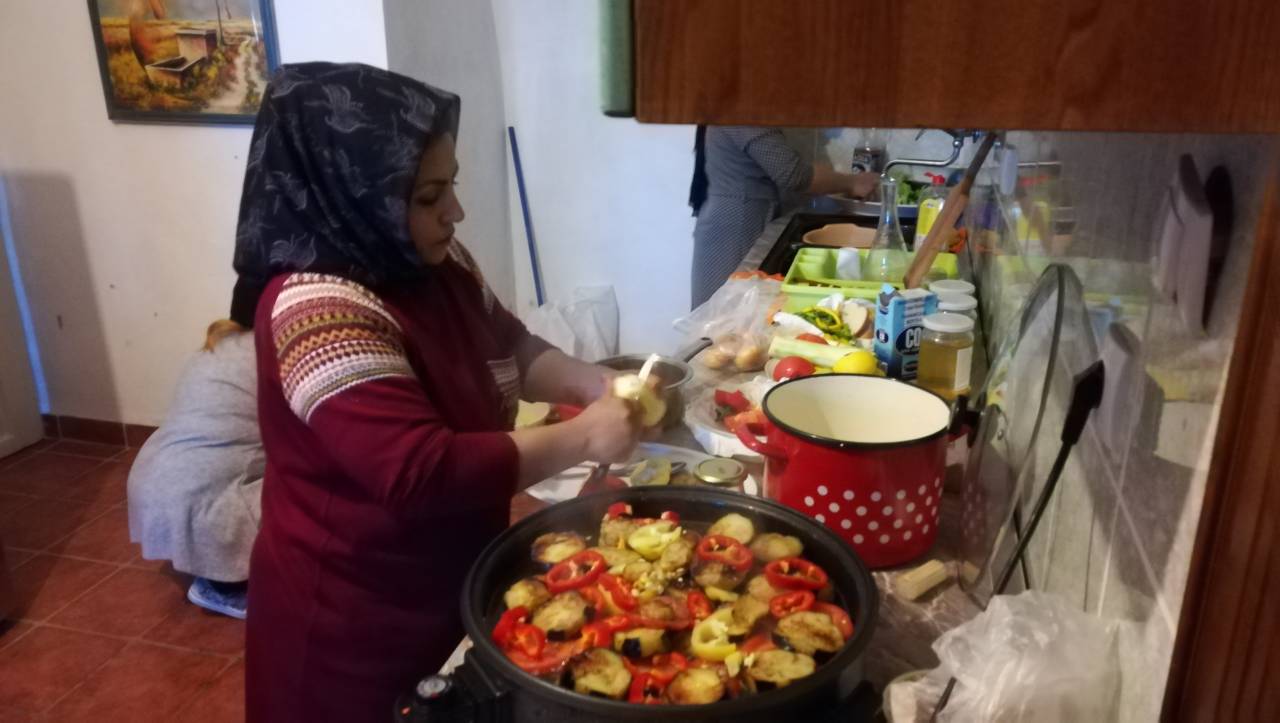 The goal of the workshop was to get to know each other through recipes and customs. The women from the Refugee center Principovac prepared 10 different meals, characteristic for their countries, while the local women prepared meals from Srem – this area of Serbia.

The workshop had a great importance for the women from the Reception center, who had a chance to go out of their everyday live, meet the local people, show what they know and host each other through preparing meals.The success of the workshop was confirmed with the smiling faces of the participants and the nice atmosphere in which they were all helping each other to prepare the traditional meals and the common lunch. 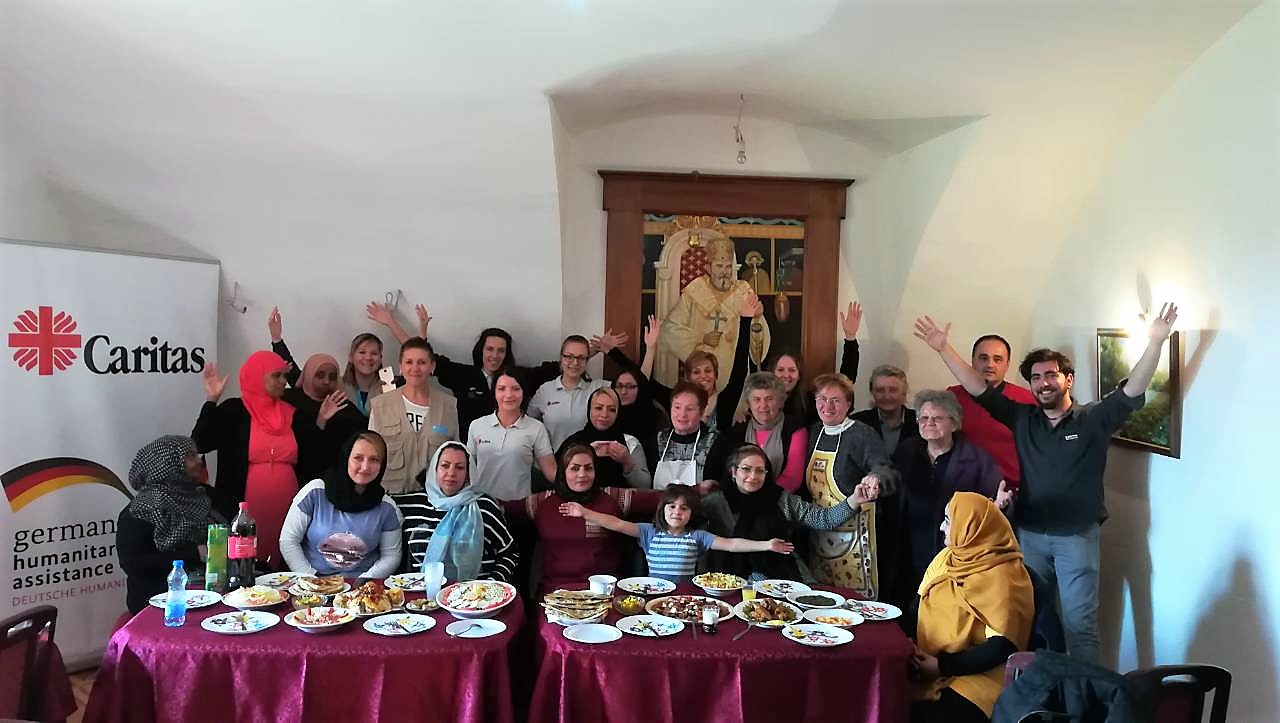 In the next period Caritas is planning to continue with this kind of activities, cause the first one was a great success and a confirmation that a different culture is always a richness.

The participants o took a common photo, with their arms wide open, showing the openness towards others, as suggested in the Caritas Internationalis campaign “Share the journey“.

This activity has been organized with the support of the German Ministry of Foreign Affairs and the Caritas network. 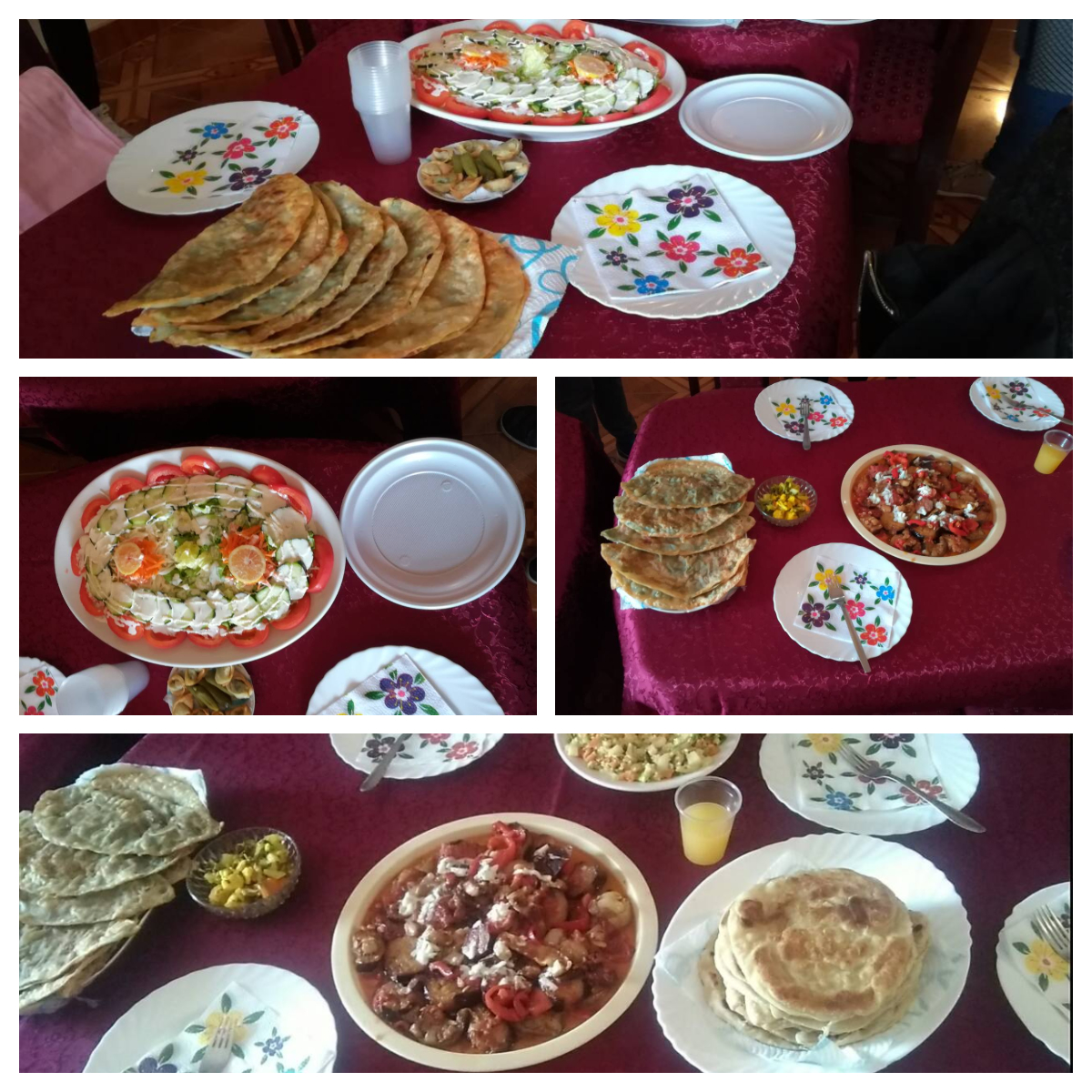 After hearing the appeal from Caritas psycho-social support team children refugees from the Reception center Presevo wanted to participate to the action “Bottle caps for the handicapped“. The collected bottle caps are later donated to the association “Čep za hendikep“ (Bottle caps for the handicapped), which is purchasing wheelchair and other equipment for persons with disabilities, from the money gained from selling the bottle taps for recycling, since Serbia still doesn’t have a centralised national recycling system. 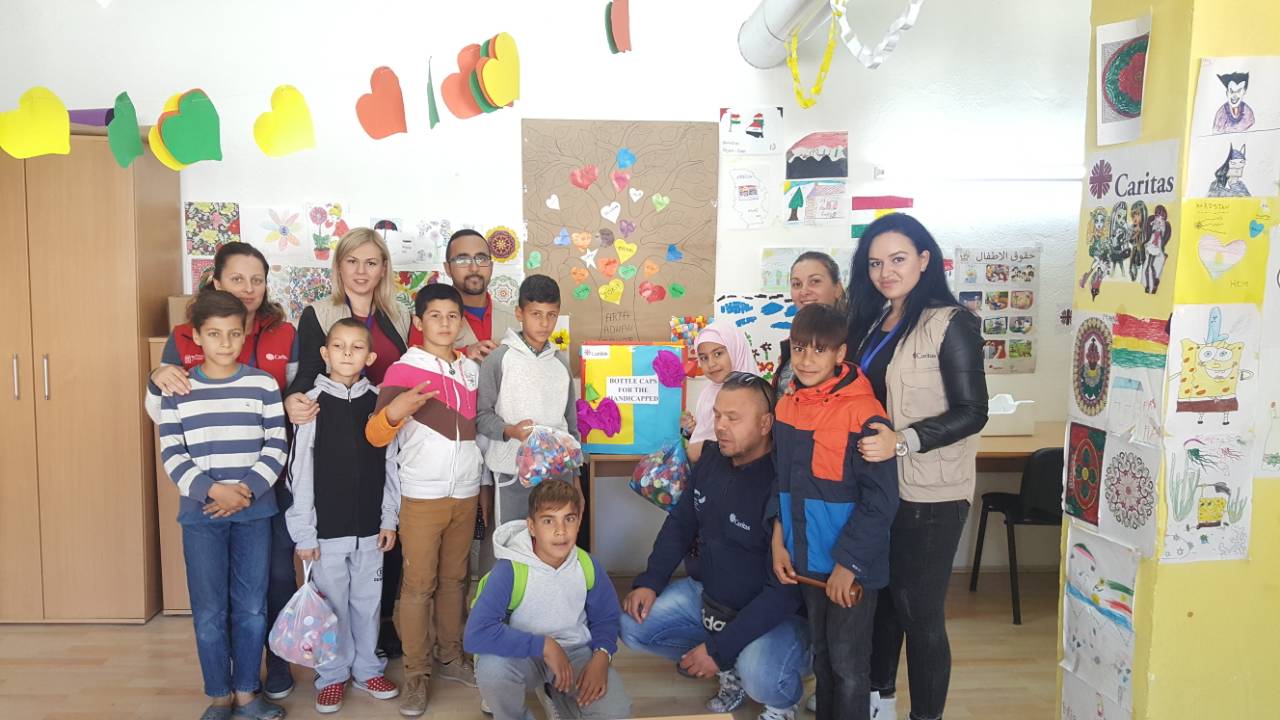 The children started collecting bottle caps in the Caritas classroom for informal school activities, in a box they decorated especially for this occasion. They invited not only other children to participate to this action, but also adults staying in this refugee centre, so they can collect more bottle taps.

The work of  the Caritas psycho-social support teams in Serbia is funded by the German Ministry of Foreign Affairs and Caritas Germany. 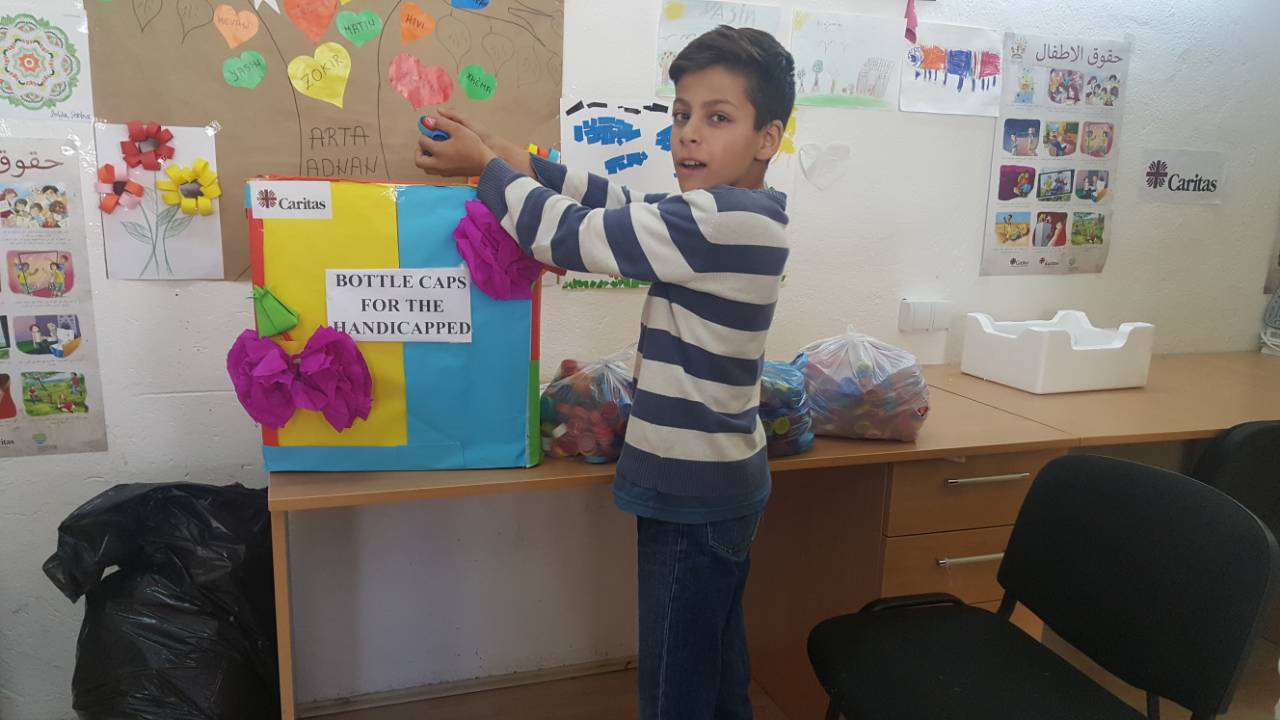 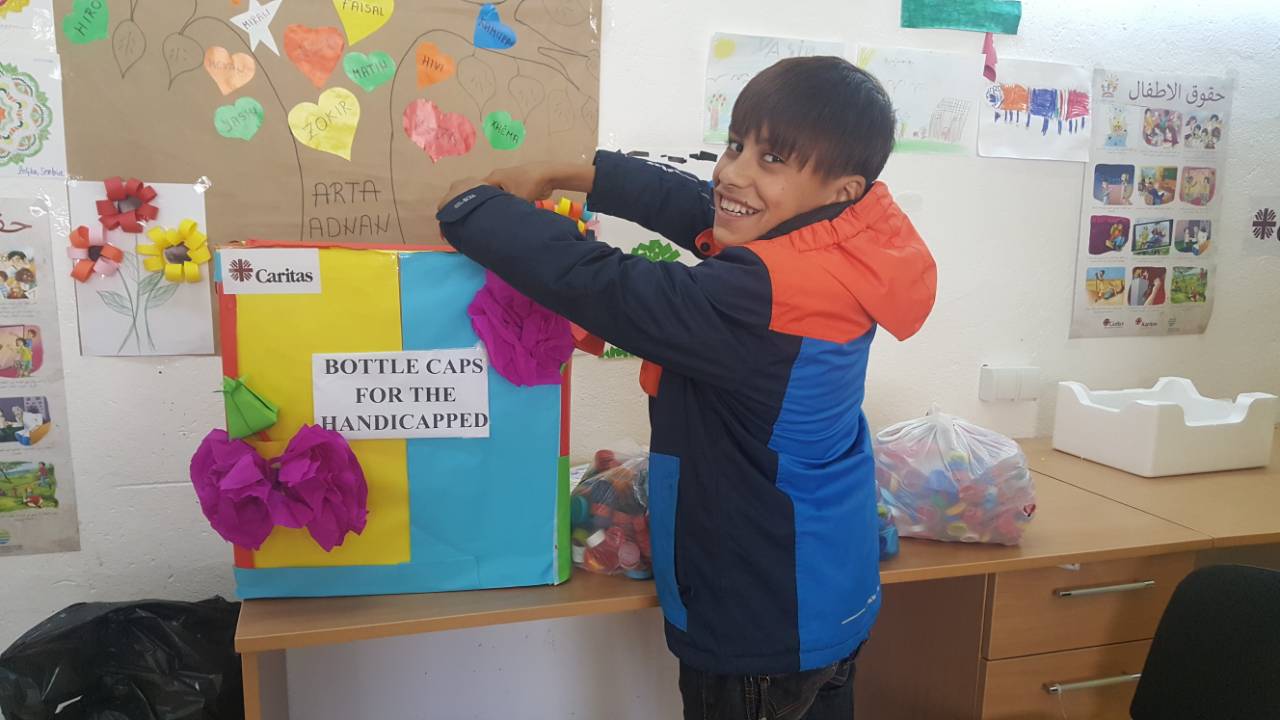