During 2016 the German Ministry of Foreign Affairs was providing means to help refugees and migrants in Serbia through Caritas, in food, clothes, hygiene items, psycho-social support, different activities for children and adults.
The aid of the German Ministry of Foreign Affairs wasn’t directed only to migrants and refugees in Serbia, but also to the local population. Thanks to these means Caritas was able to purchase equipment for helping social and health institutions in Belgrade, Subotica and Sid.

With its three refugee centers (Sid, Adasevci and Principovac) the Municipality of Sid in Serbia hosts 1/4 of all refugees present in Serbia. The only Health care center in the municipality didn’t have enough equipment to provide proper assistance to refugees/migrants, as well as to the local population. For this reason, through the funds donated by the German Ministry of Foreign Affairs, Caritas of Srem diocese provided equipment for the ambulatory vehicle of the Health Centre Sid: spinal board, defibrillator, EKG, 10 uniforms for the personnel and a bag full of equipment (thermometer, sphygmomanometer, blood sugar measurement tool, gloves, gauze, oxygen bottles, tissues, etc.). The value of this donation is 8.000 euros. 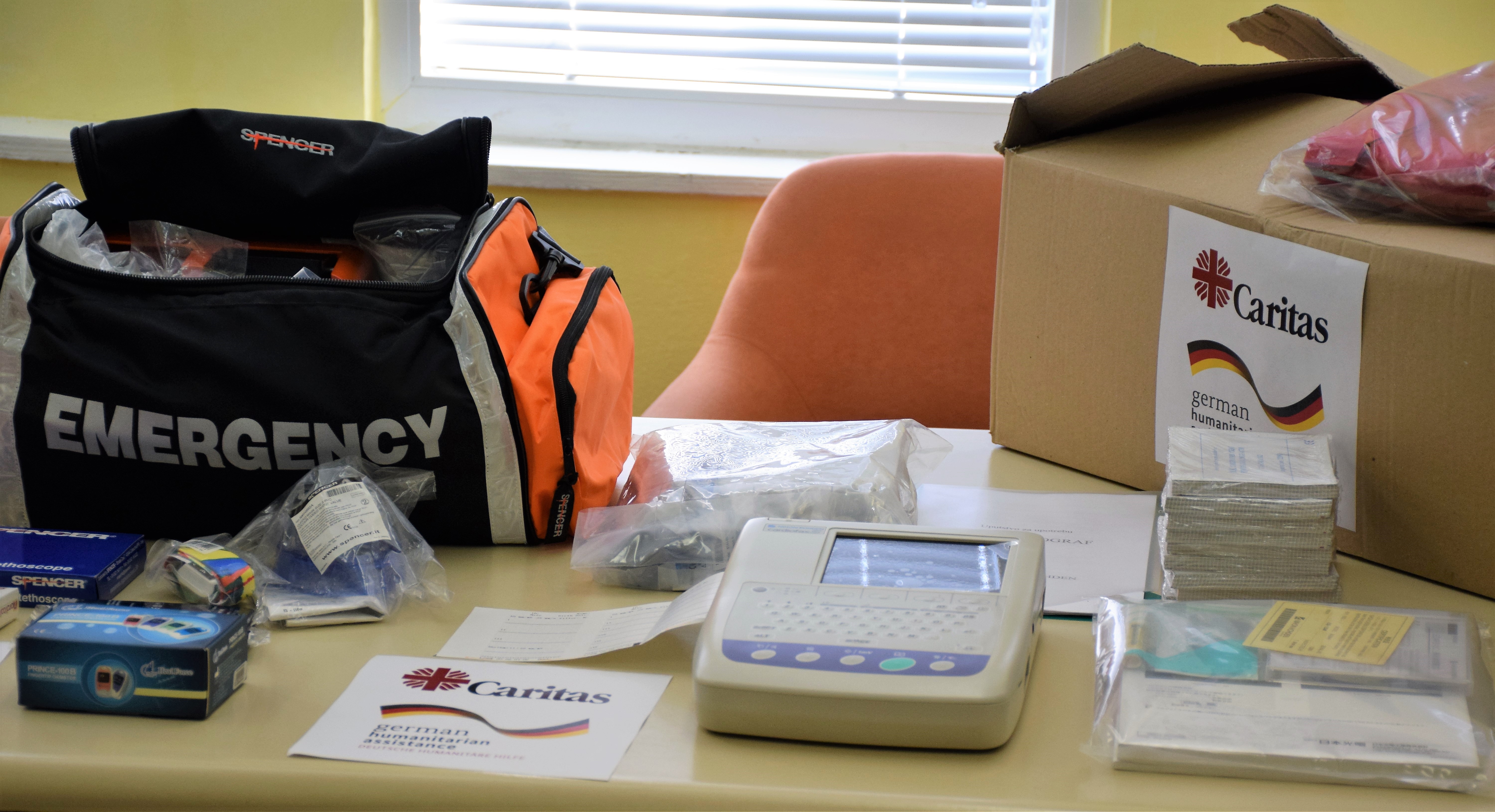 During the handing over ceremony of this equipment the director of Caritas Srem Diocese, responsible for the territory of Sid, Rev. Jozo Duspara, said that Caritas is present in Sid since the beginning of the refugee crisis.
«Caritas was actively involved in assisting the people that were here or were traveling through Serbia, so we distributed a great number of packs necessary for living: food, hygiene, children’s packs, clothes… Due to the fact that also the citizens of Sid are involved in different ways with refugees and that the refugee issue also concerns them, our donors are willing to help the local population as well. Here they provided valuable equipment necessary for the ambulance car. Caritas provided this donation through Caritas Germany, while the funds were provided by the German Ministry of Foreign Affairs. We are very happy to hand over this donation and I hope that it will be useful to many people». 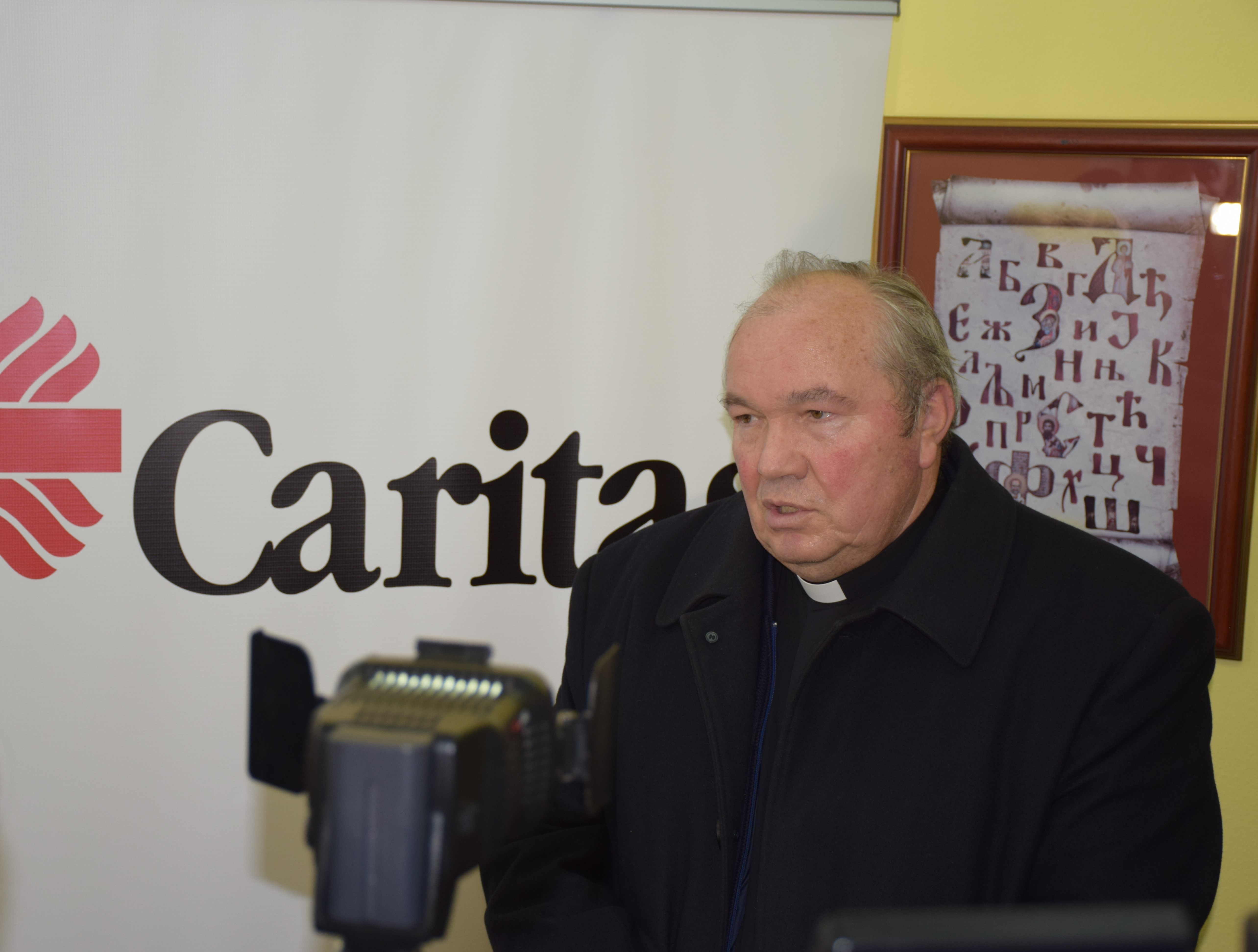 The director of the Health care center Sid Dr Krsto Kures thanked Caritas for this valuable donation and explained the ways that this equipment will be used for helping the patients, both refugees and the local population.
«You know that we are already in the 17th months of working with the refugees, the ambulance is covering all three centers in Sid and this donation will be very useful for us». 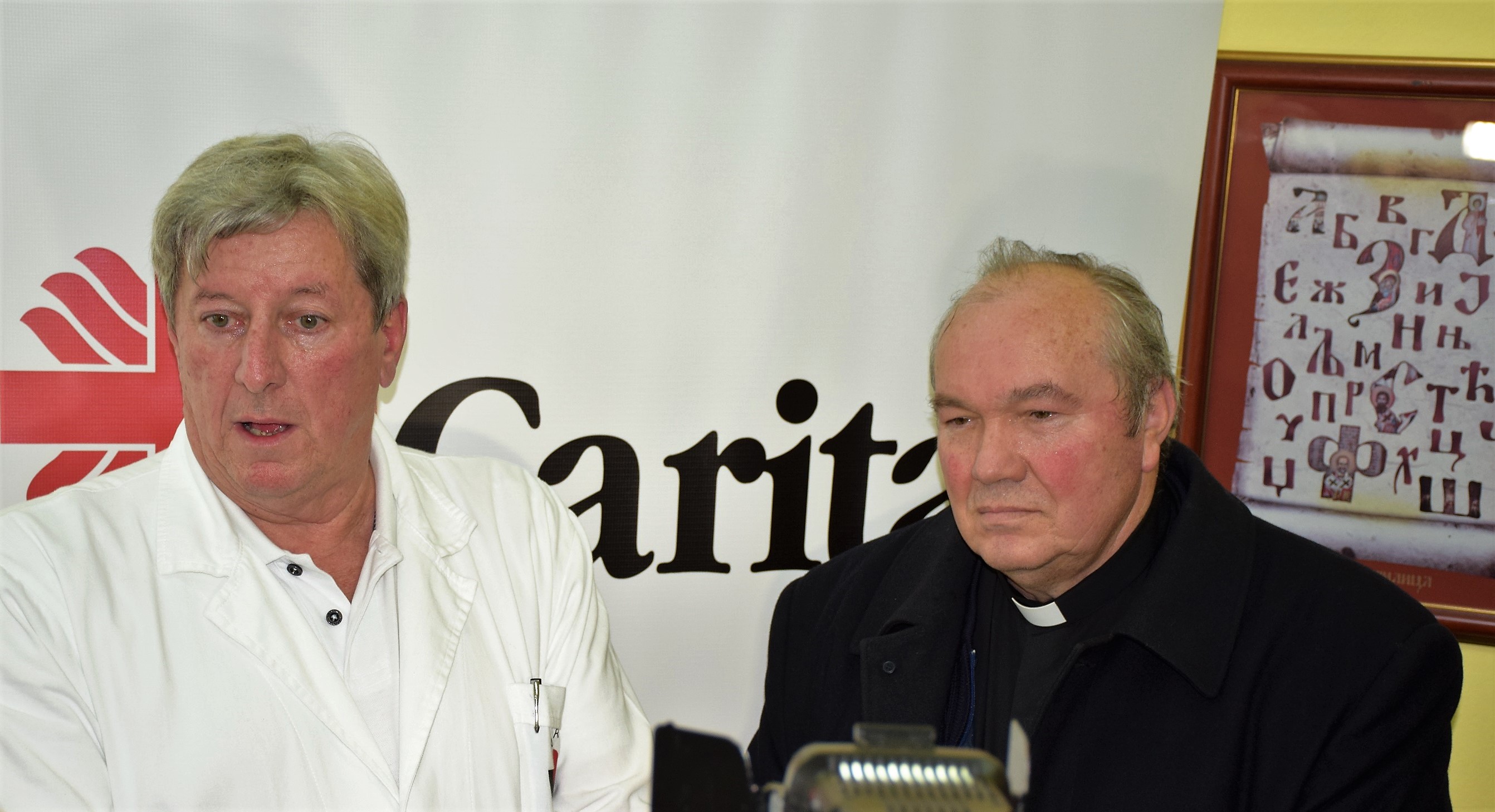 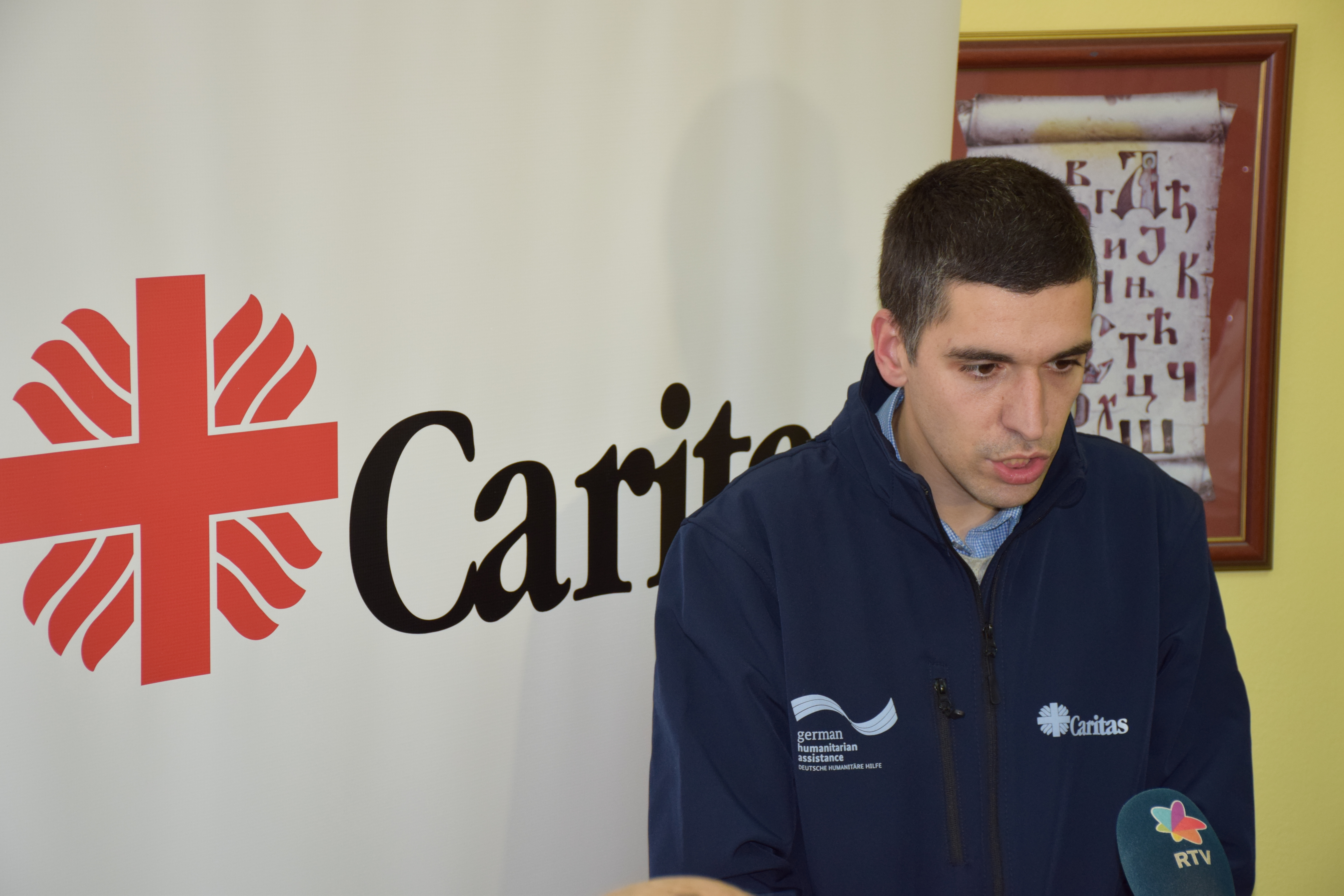 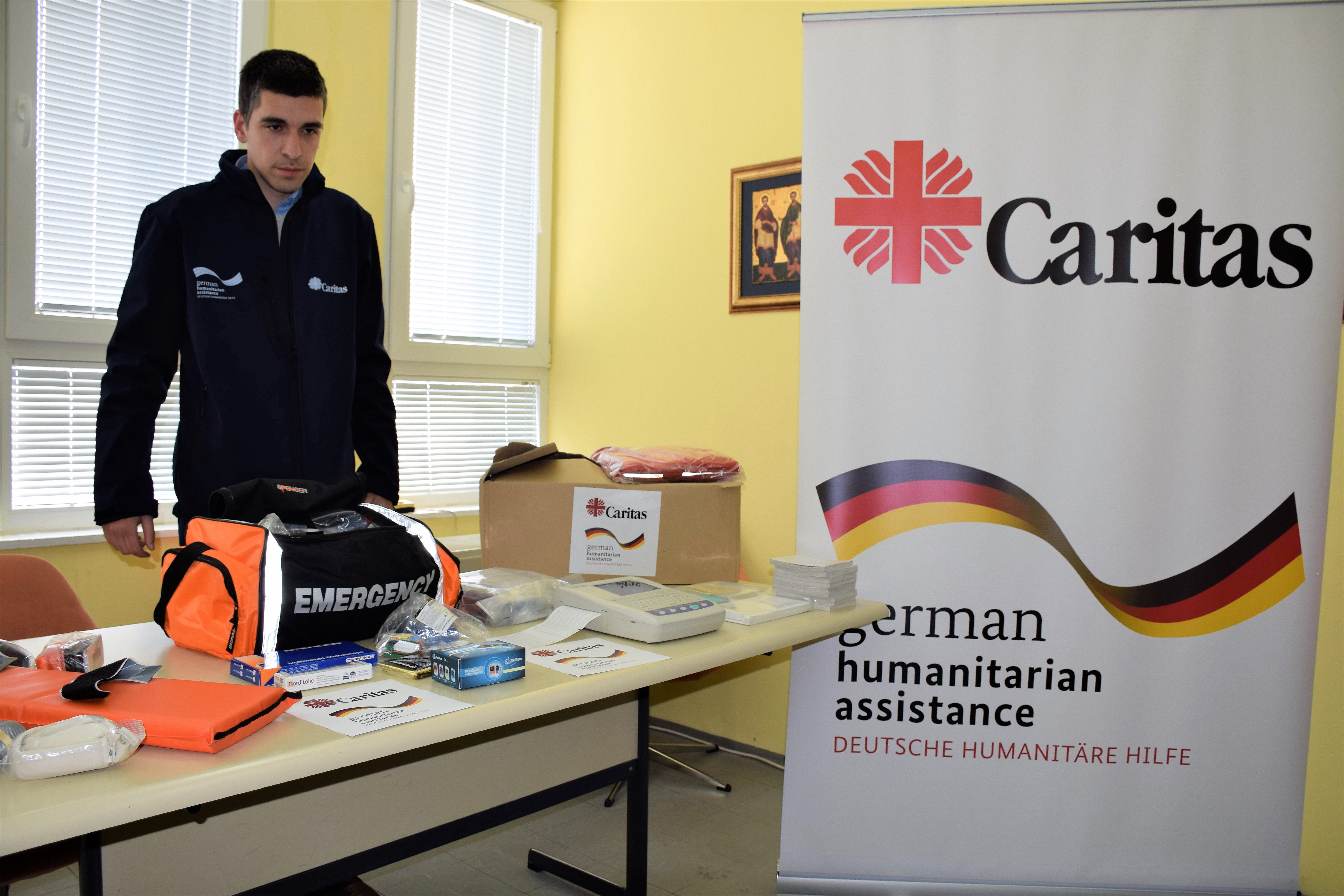 Addendum to Guidelines for the Call for proposals

Within the project “SOCIETIES – Support of CSOs in Empowering Technical skills, Inclusion of people with disabilities and EU standards in South East Europe“, funded by the European Union, Caritas Serbia is opening a call for project proposals for CSOs. Objective of the call is to support and increase community based social services and social enterprises, managed by CSOs, thus fostering the social inclusion of people with disabilities (PWD) and mental disorders. The call is opened for the local grass-root CSOs which are exclusively assisting people with disabilities and/or people with mental health problems. 5 Call for Proposals (1 per each IPA country) will be launched. Project proposals must be submitted by e-mail (Please consult website of Caritas in your country for details). The deadline for submission of project proposals is 22nd of February 2017.