On Holy Thursday March 29th in the parish “Assumption of the Blessed Virgin Mary“ in Zemun, for the second year in a row was organised the Caritas Humanitarian Easter fair, in the frame of the project “Building Caritas – reducing poverty“. The exhibitors were Caritas volunteers and parishioners, but this year were also presented the handicrafts of women refugees from the Reception center Principovac, where Caritas is organising jewellery, decoupage and tailoring workshop, with the support of the German Ministry of Foreign Affairs and the Caritas network. 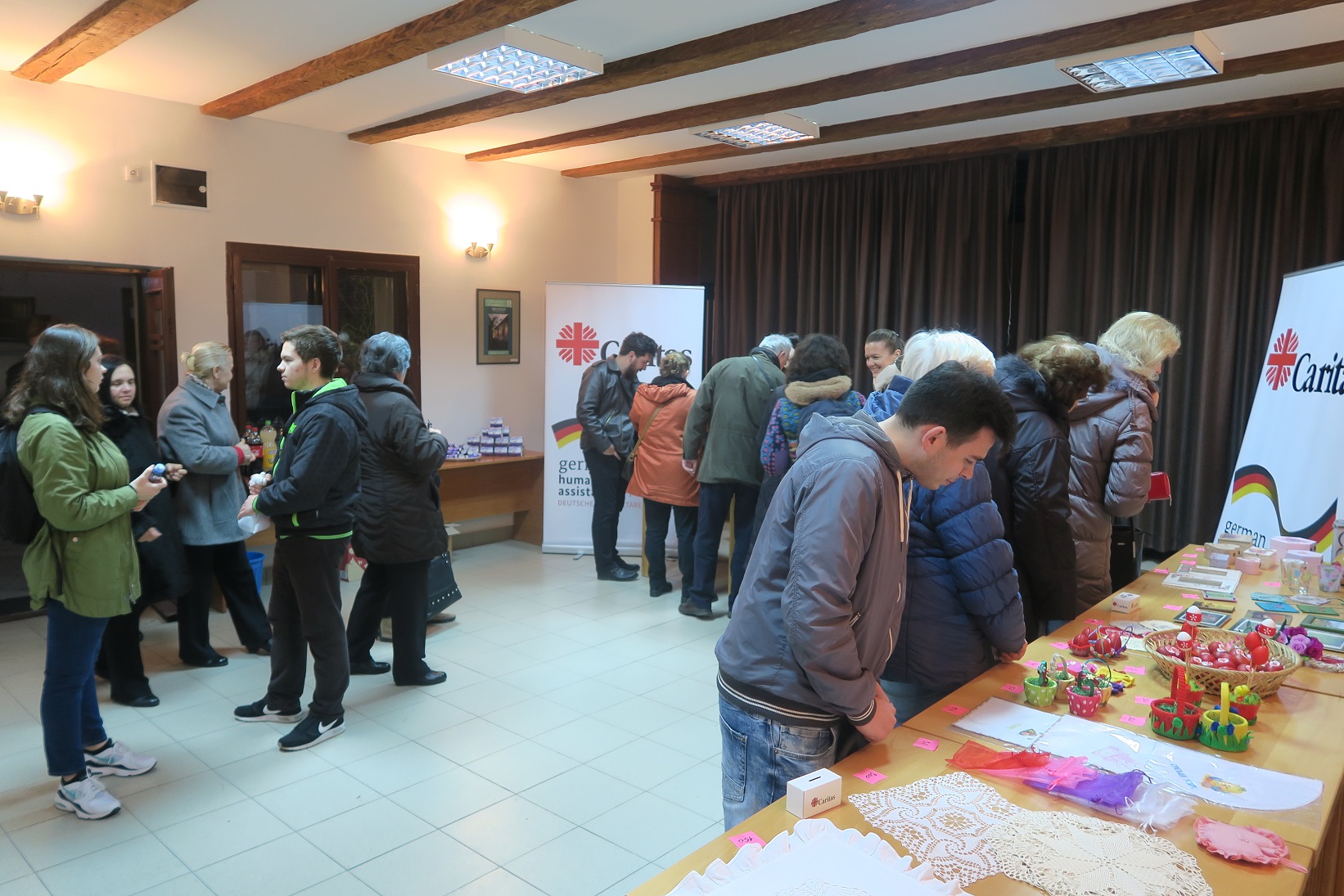 Parish Caritas Zemun organizes the Lent action every year, starting from the Ash Wednesday, when Caritas donation boxes are distributed, with a suggestion to save money for the people in need in them. The boxes were brought back by the parishioners on Holy Thursday and to them was added the money collected during Palm Sunday. All the funds collected through this action were distributed to the people in need, so they could celebrate Easter. 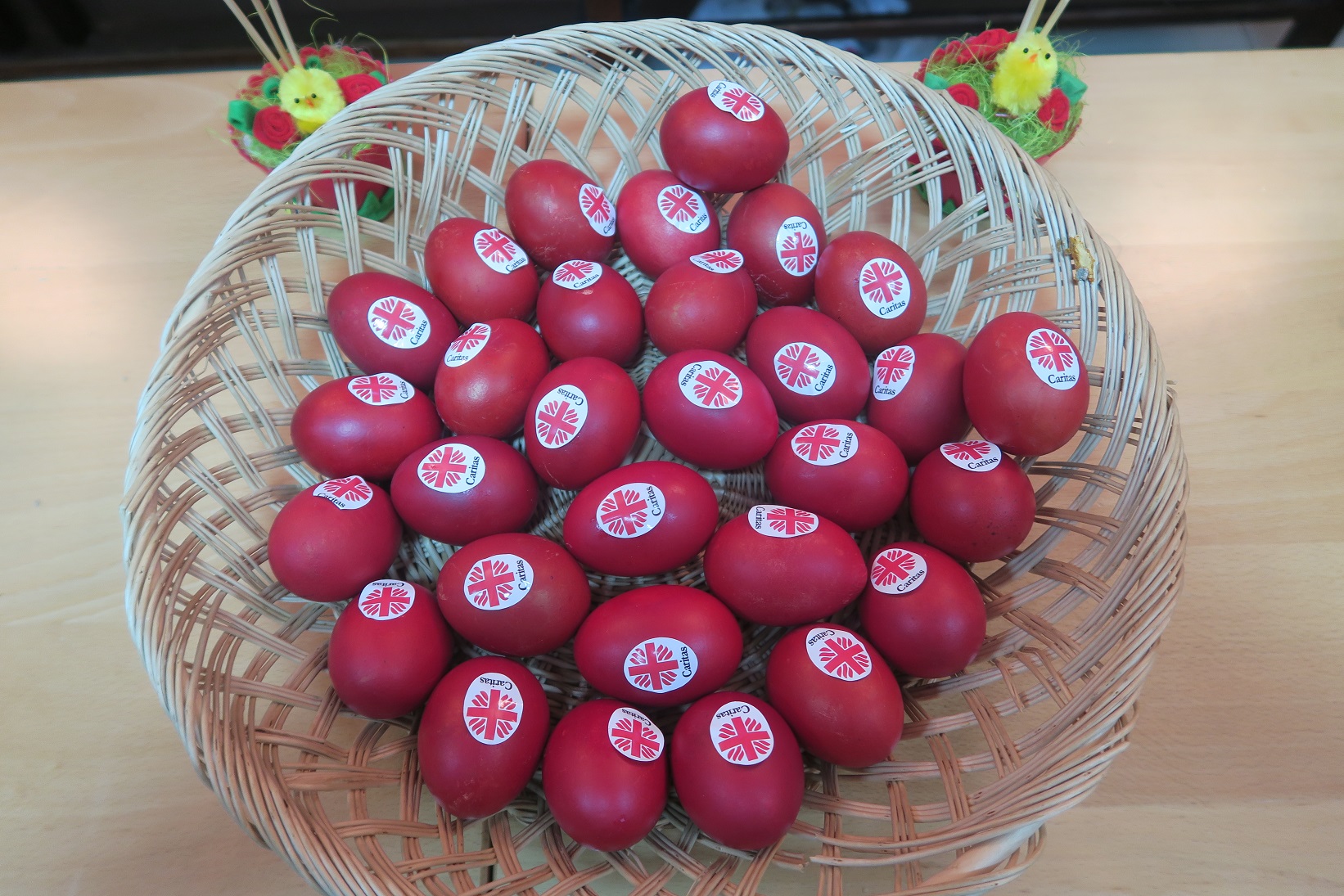 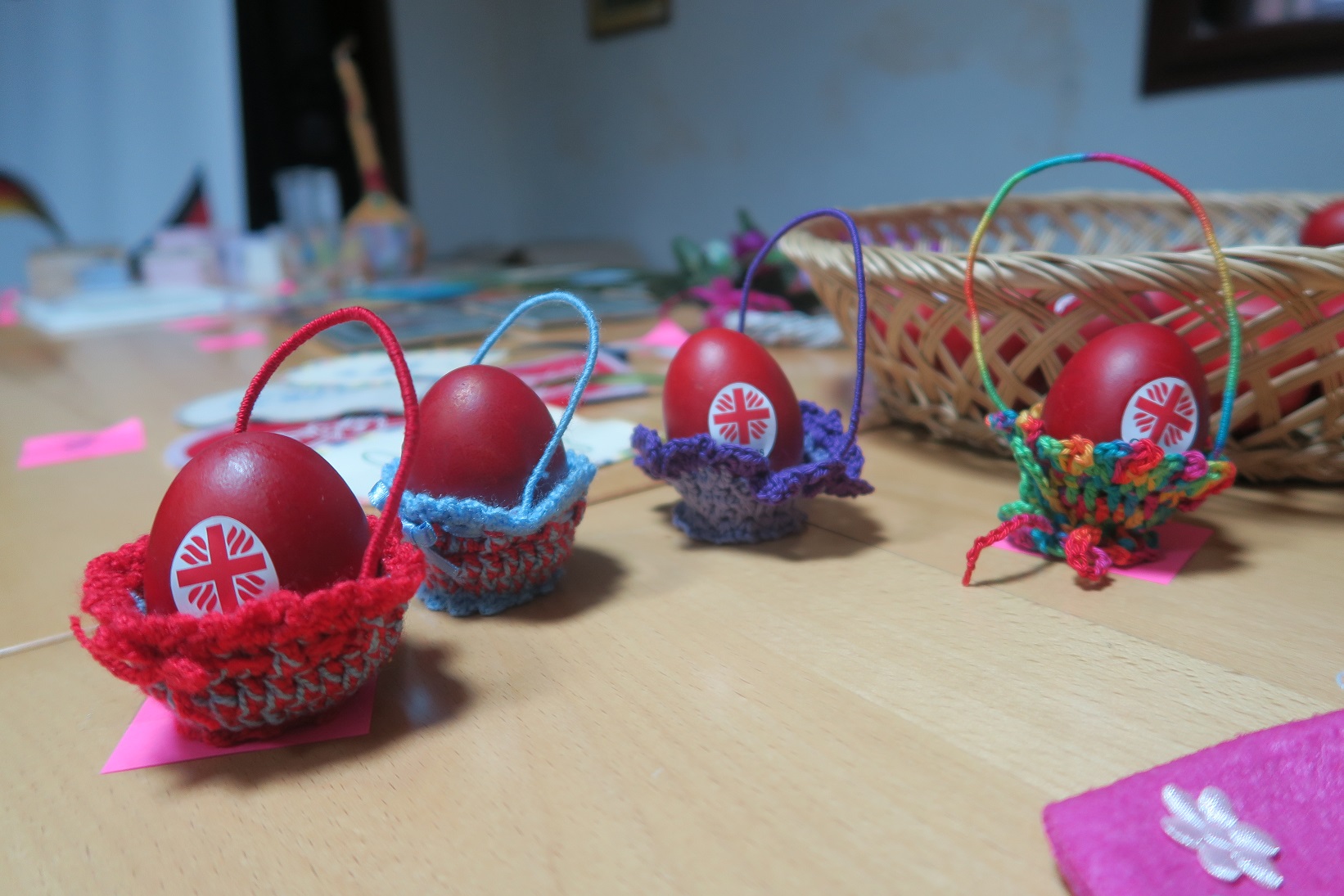 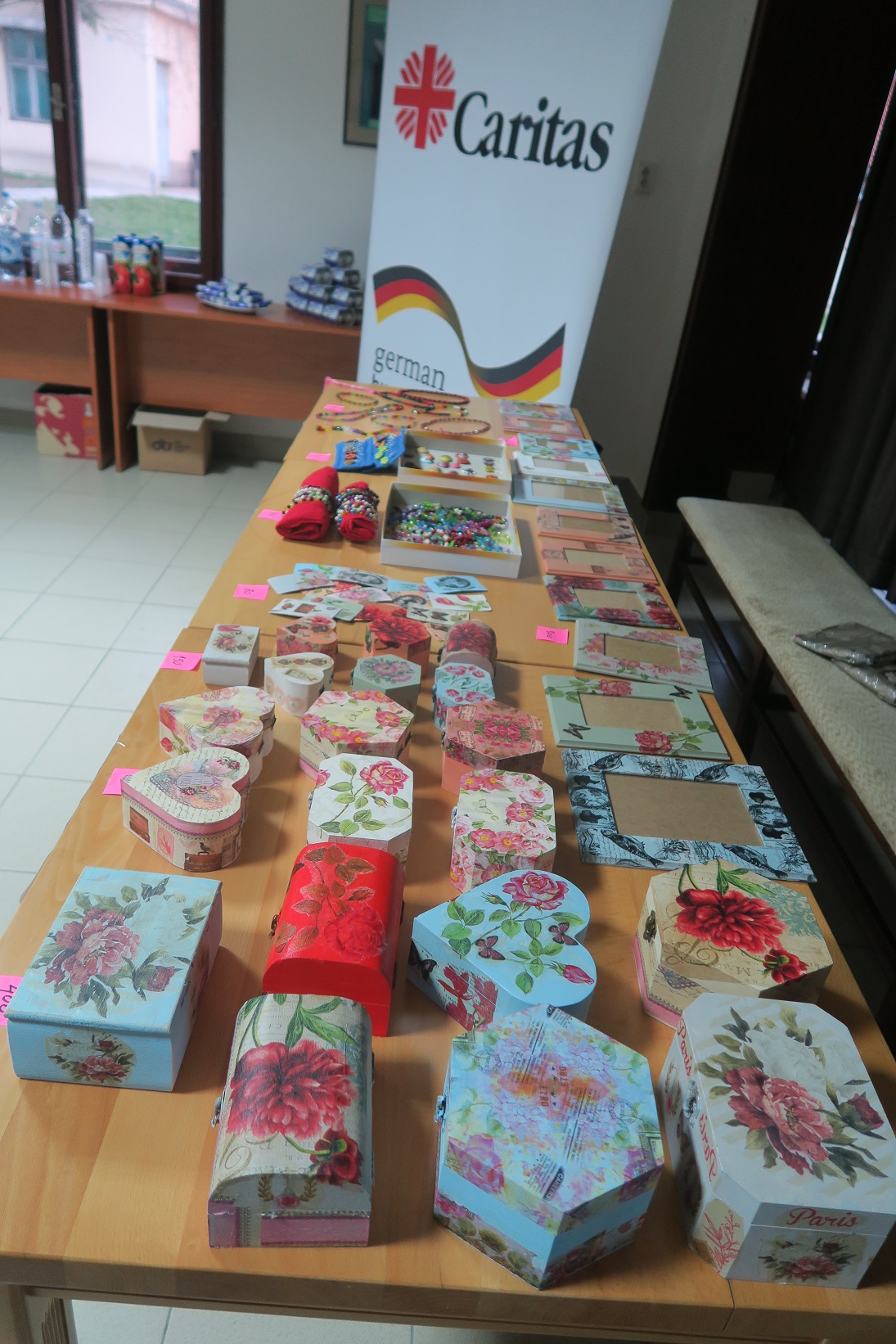 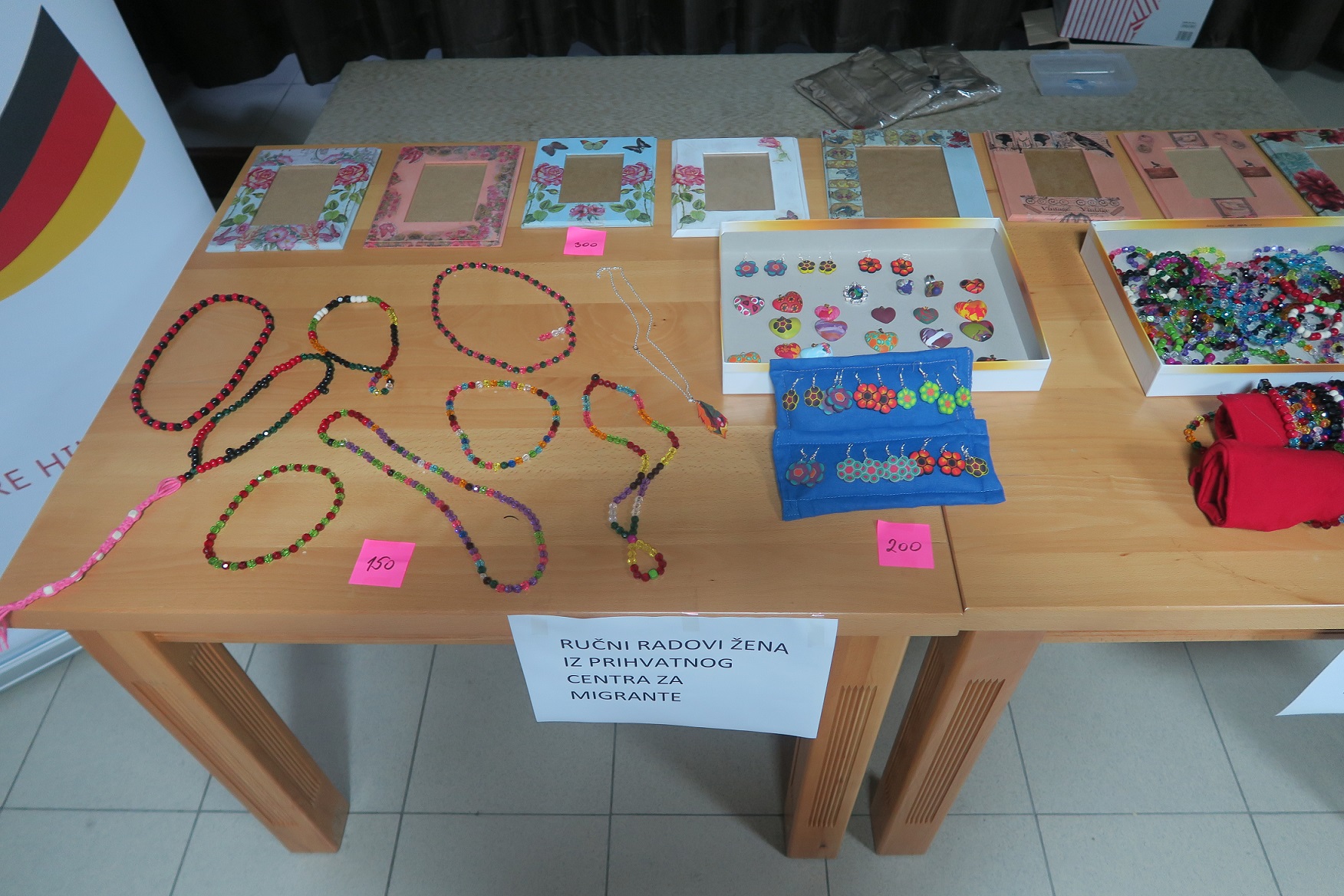 Thanks to the support of the Caritas network, especially Caritas Austria, a carpentry workshop was launched in the Reception center for refugees and migrants Obrenovac. Under the supervision of Caritas animator Aca Pilipovic, forestry engineer, the workshop will be a training center for 5-10 interested migrants, that will have a chance to gain new knowledge and skills in construction joinery, work with board materials, but also learn about art carpentry. Other than these activities the workshop will be available for small repairs in the center. The photographs attached demonstrate best the first results of this Caritas workshop. 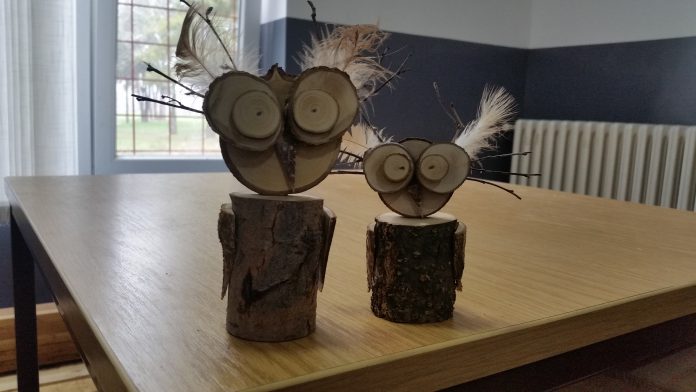 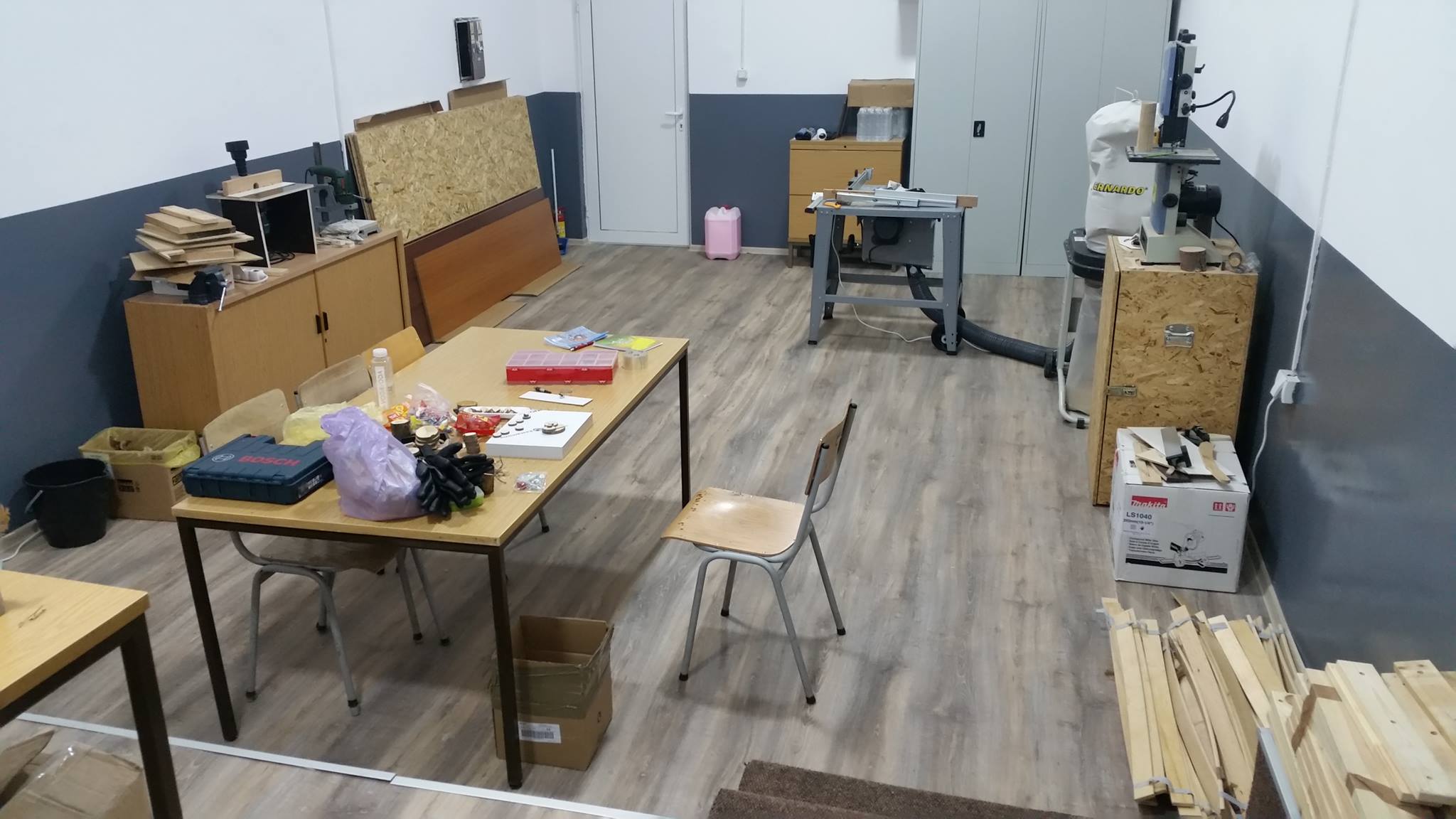 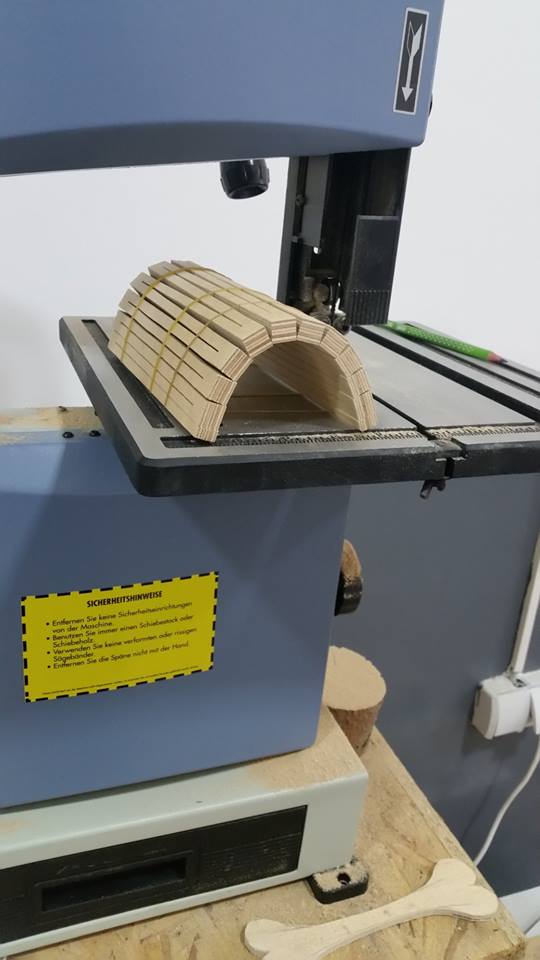 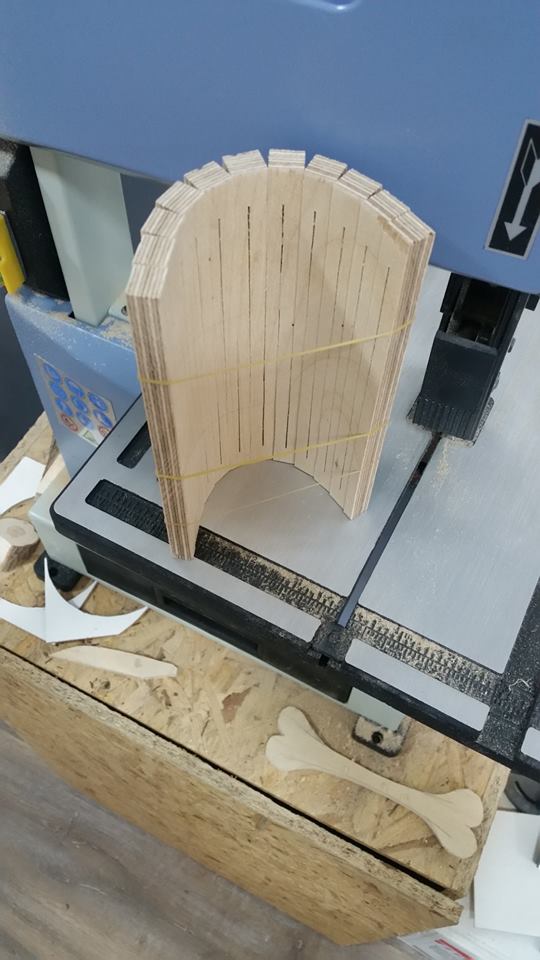 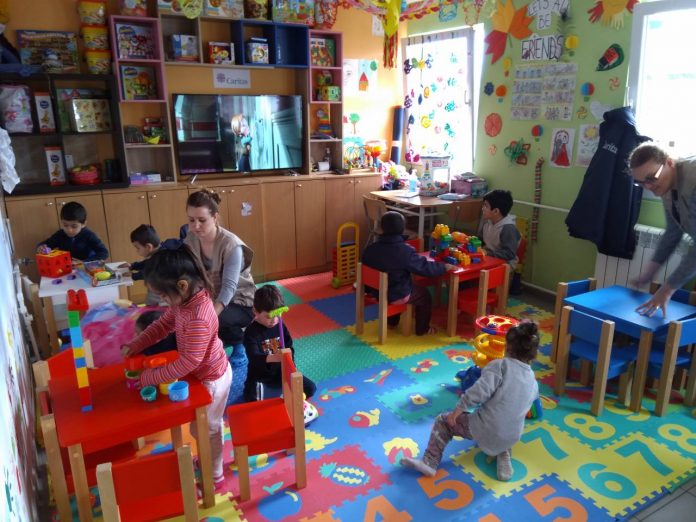 In the Asylum centre Krnjaca – Belgrade Caritas opened a child friendly space, for children of age 2-6 years old, with the support of the German Ministry of Foreign Affairs, international Caritas network and the organisation Ipsia from Milan – Italy.

Currently 55 children of the age 2-6 is present in the camp. In the space adjusted according to their needs, educative and creative workshops are being held every day, as well as counselling work with the parents, in order to strenghten their capacities in the field of health and education. 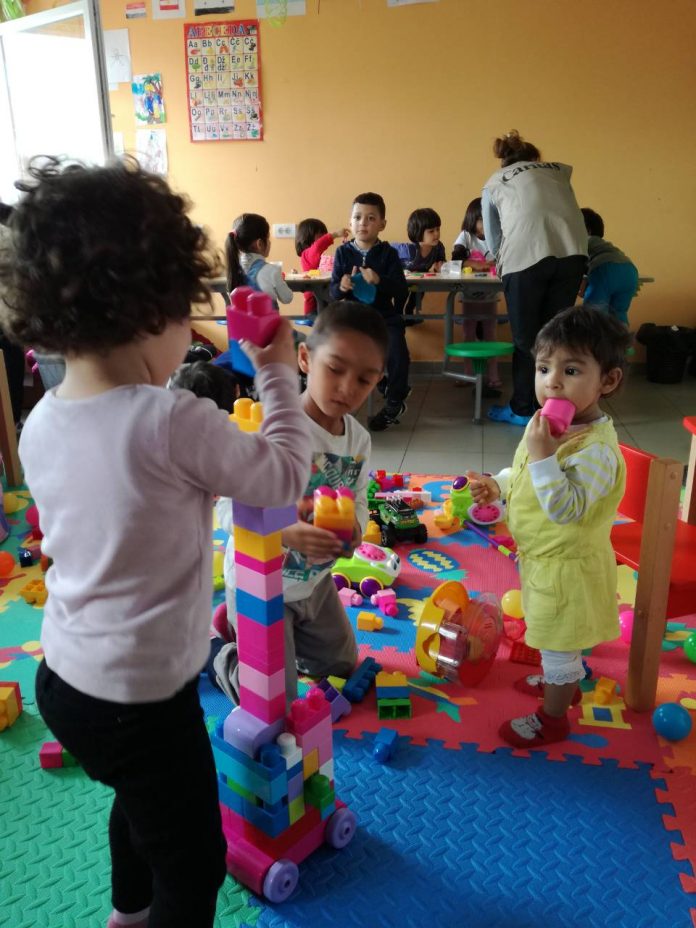 Refugee handicrafts presented on the Handmade festival in Belgrade

On Saturday 17th of March on the Handmade festival, held in Dorcol Platz in Belgrade, Caritas of Srem diocese presented the handicraft jewellery and decorative items prepared by the refugees. These items have been prepared during creative workshops, that Caritas Srem is organising in the Reception center Principovac, with the support of the Caritas network and the German Ministry of Foreign Affairs. During the festival the participant refugees had a chance also to visit other stands, as well as the Belgrade fortress and the centre of Belgrade, which was a way to spend a day differently, outside the life of the refugee centre. 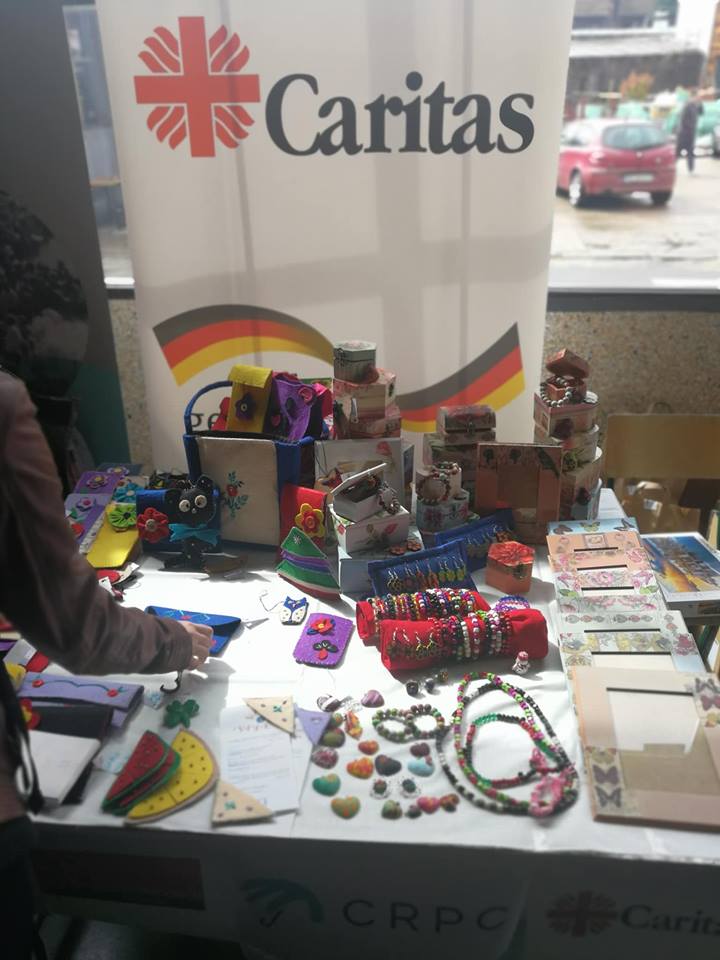 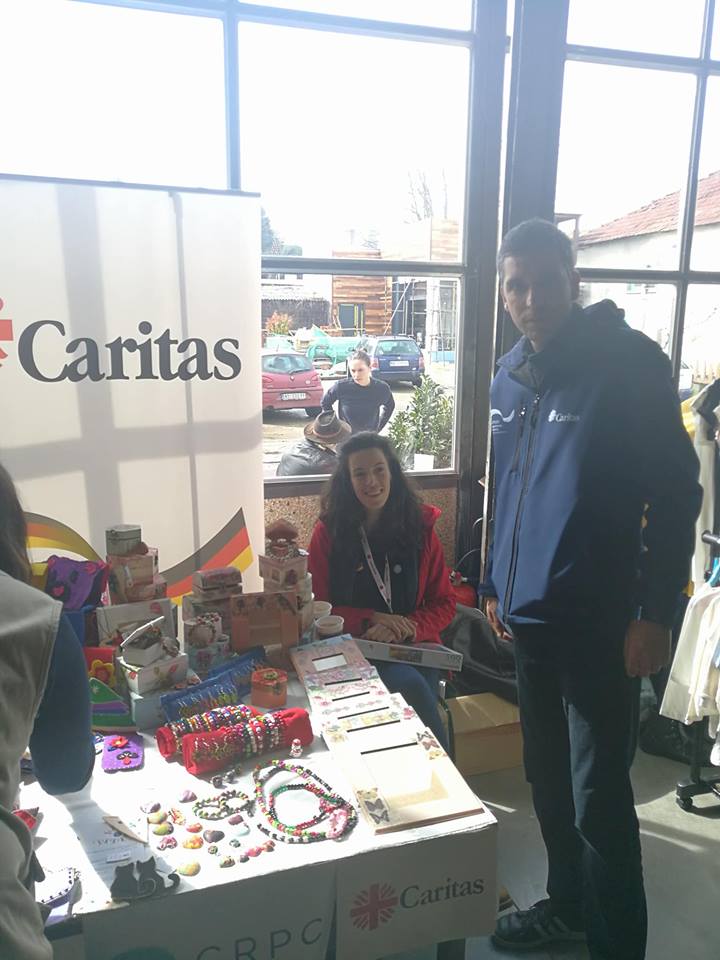 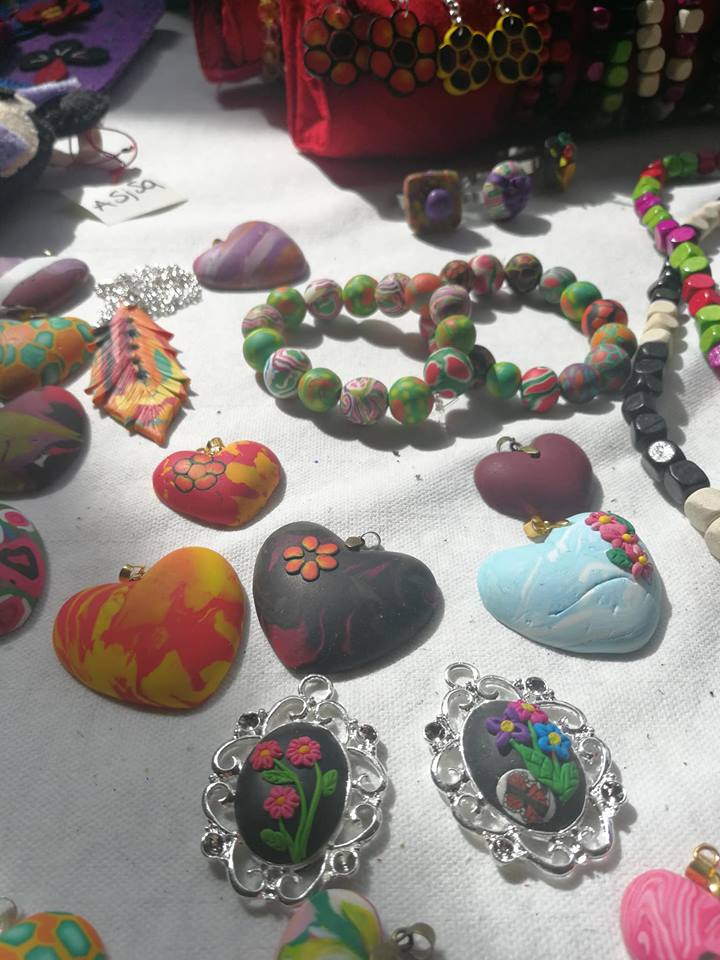 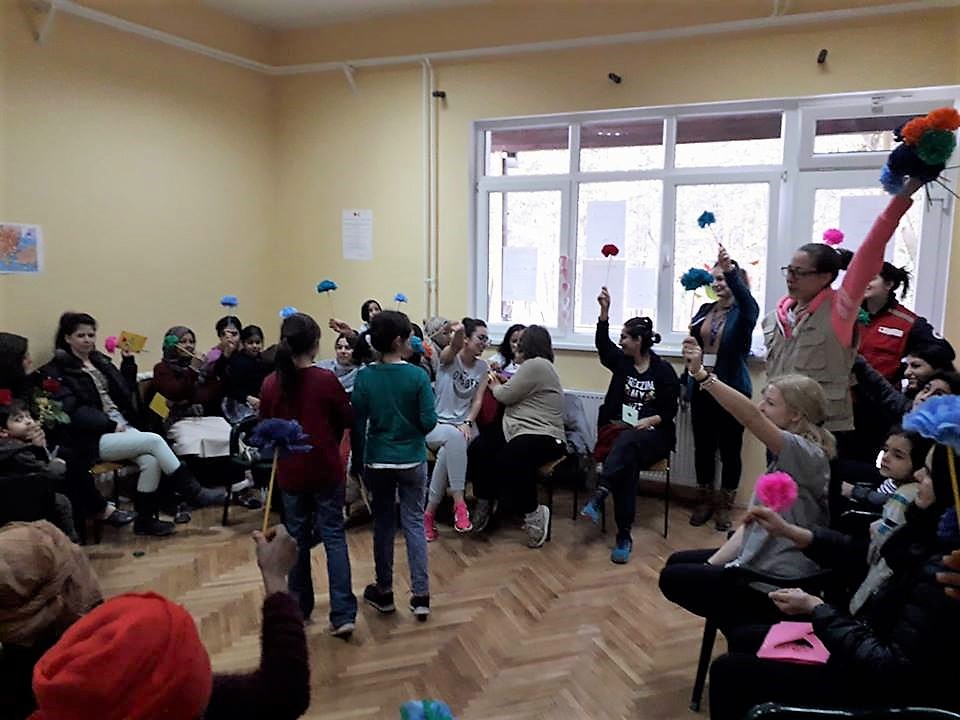 On the occasion of the International Women’s day in the Asylum center Bogovadja, in cooperation with the Red Cross Belgrade, Caritas organised a celebration of the 8th of March – a day of fight for the economic, political and social equality of women and men. Through a conversation and discussion the beneficiaries of the Asylum center Bogovadja were reminded of the importance of the fight of Clara Zetkin, Luize Zietz, Alexandra Kollontai and other strong women who stood up for the equality of rights of genders in the modern world. They were also presented with the fact why it’s so important to speak about women’s rights and provide support in setting up a system of equality and social justice.

Thanks to the dedicate work of children the rooms of the Asylum center Bogovadja were decorated, while greeting cards, flowers and bracelets made will stay a sign and reminder that a long fight for the equalisation of rights and better and safer future is still an issue. The fight started from brave idealist women in the time of general social inequality has to be a lodestar and motivation that the mankind has to fight for human rights and freedom every day.

With the support of the international Caritas network, Caritas Germany, German Ministry of Foreign Affairs, Caritas Ambrosiana and IPSIA ACLI since 2016 Caritas Valjevo is present with its activities in the Asylum center Bogovadja.

“Volunteering fulfills me”: Story of a refugee family from Presevo

R., a 50 year old man from Afghanistan, likes to help as a volunteer in Caritas by distributing meals, as well as cleaning and washing dishes. 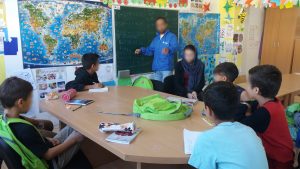 He has been living in Presevo camp in the south of Serbia for the past 15 months, together with his wife N. (45 years old) and his five children: son A. (17), daughter G. (14), sons K. (12) and R. (11) and the little daughter F. (4). They also have two other older daughters, who are married and are staying with their families in Afghanistan, as well as a daughter who is also married and living in F. with her family. They come from the province of X in Afghanistan, which they left two years ago.

“We tried to leave several times, through Pakistan and Iran, but we were caught and brought back to Afghanistan. We finally managed two years ago and we travelled two months through Pakistan, Iran and Turkey to get to Greece. The only way we could leave the country was with the help of smugglers. But it wasn’t easy, that you just pay and travel, the trip included walking over the cold mountains of Iran, crossing the rivers and the sea, sleeping in hidden places like caves and huts or in the open-air. We often had no food and water and we were afraid that our children wouldn’t manage to be strong enough till the end of the journey. We spent 7 months in a camp in Greece and it was only there where children started learning English. After that we went to Albania, Kosovo and from there we arrived to Serbia,” said R.

A. – Caritas translator and one of the members of the Caritas psycho-social support team – explained how the children are managing in Serbia: “One of the children, the 11 year old R., comes to our extracurricular activities. He is very smart, he already speaks well Serbian and English, although he only started attending regular school last September. The children used to come to our animation and recreational activities last year, even before they started attending regular school, so we had English and Serbian classes organised for them. During this school year, he already sang in the school choir and he did a recital in Serbian. He is preparing another recital for a school celebration. His father used to be a tailor in Afghanistan, so he likes to come to the Caritas sewing workshop to help his family and the other people in the camp if they need to fix or sew some clothes”.

A. said that there is great interest in volunteering among the refugees, there is almost a waiting list, so R. first started distributing tea and when two refugees applies for asylum in Serbia and moved to another camp, he was able to start distributing food and washing dishes.

When asked why he is volunteering R. explained: “I’m used to working and I would like to help other refugees and migrants as well. I don’t want to be passive and do nothing, I want this to be my contribution for the help that we receive. I wanted to volunteer with Caritas, because I recognised in their staff members an active attitude for helping people. It’s a pleasure for me to do this, the work and the time spent with these people fulfils me”.