Presentation of the “Disaster risk reduction project” in Jabucje

In the elementary school “Dimitrije Tucovic“ in Jabucje on 30th of April was held the first presentation for teachers within the Disaster risk reduction project. The coordinators of the project Jelena Ankic and Marina Sokic have presented to the teachers of this school the handbook for children “Let’s get ready with Herman“, in which the hermit crab Herman describes different natural disasters that have happened to him (floods, earthquake, fire, landslides) and his search for a perfect house. Through this handbook the kids have a chance to learn about natural disasters and the way they can protect themselves from them. The coordinators of the project invited the teachers to use this handbook during classes or to suggest the kids to read it at home, together with their parents. The handbook “Let’s get ready with Herman“ was developed by a team of Caritas Romania, during a similar project implemented in this country. 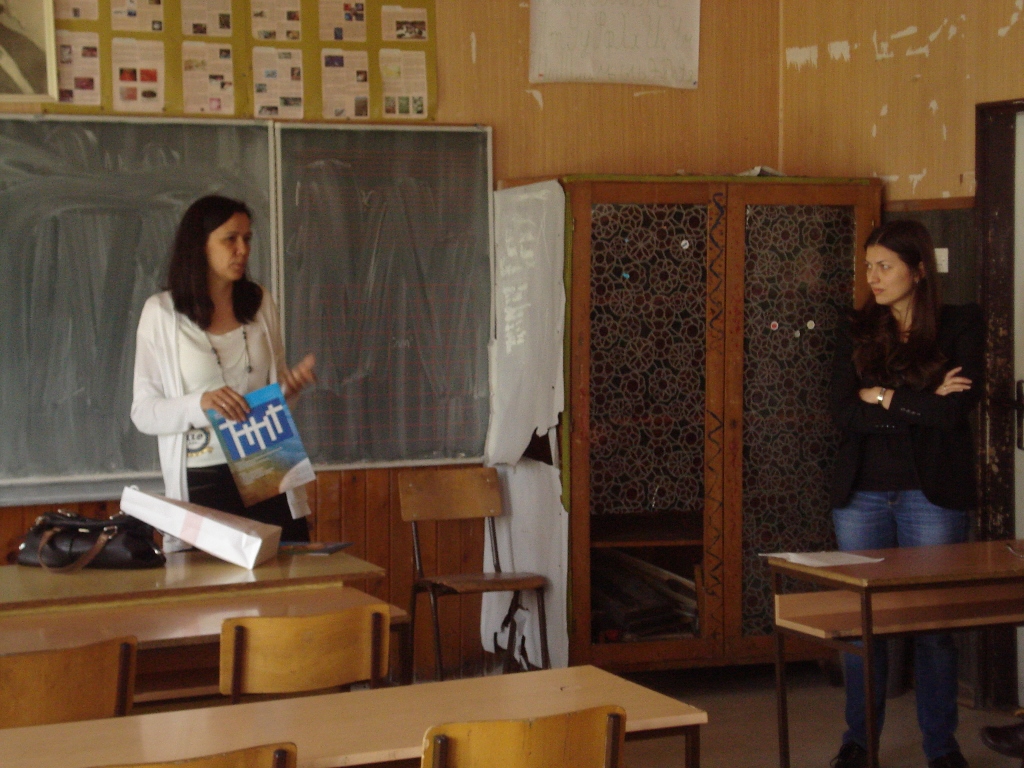 The teachers were interested in using this handbook during classes, pointing out that in almost every teaching unit they have a chance to talk with children about the dangers all around us. Some of them pointed out that it’s useful to talk to children about natural disasters, especially after the floods which have affected the area of Lajkovac last year. 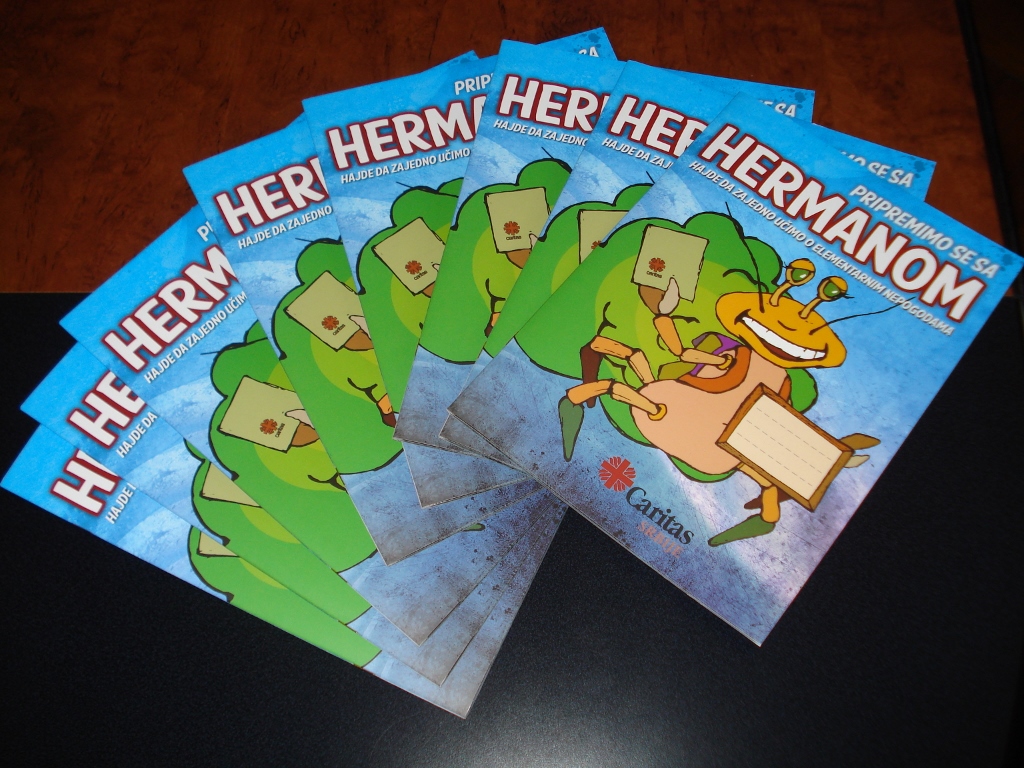 Caritas Serbia has provided free handbooks “Let’s get ready with Herman“ for all children from second to fourth grade, participating in the project, with the financial support of Caritas Austria. Other than the handbooks every child will also receive a set of colored pencils and different presents within the environmental activities. The handbooks and a set of colored pencils were already given to the teachers from Jabucje in this occasion, so they could use it in their classes.