The second BootCamp for young entrepreneurs

The second boot camp for future young entrepreneurs within the YourJob project was held at the Andrevlje Ceptor Hotel on Fruška Gora from October 6 to 9. More than twenty young people from Aleksinac, Zrenjanin, Irig and Ruma had the opportunity to develop skills and gain new knowledge about starting and running their own (social) business during this four-day training. They presented their business ideas and worked together with their mentors on their improvement. The training was led by Mr. Neven Marinović and Ms. Neda Stanković, renowned trainers from Smart Collective, a non-profit organization, a leader in promoting the concept of socially responsible business and the development of social entrepreneurship in Serbia. Also, some of entrepreneurs and businessmen with rich expirience shared their wisdom with the participants. 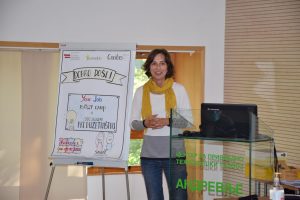 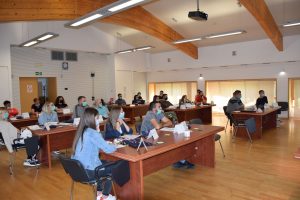 The bootCamp was also visited by a representative of the Austrian Chamber of Commerce, Mr. Michael Dobersberger, who greeted the participants and wished them much success in their further work. Mr. Dobersberger expressed his enthusiasm for the diversity and innovation of business ideas he heard and told the participants to never give up in front of the many obstacles that will await them on the road to success. 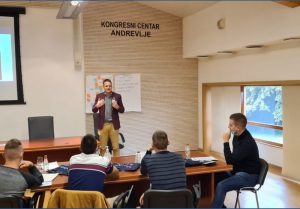 During all four days, participants were supported by members of the YourJob team, led by the regional coordinator of the project, Mr. Tobias Noelke from Caritas Austria. 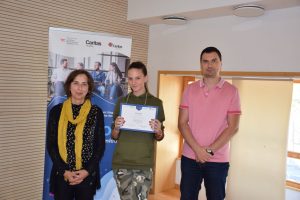 The boot camp ended with a ceremonial awarding of diplomas, which were presented to the participants by representatives of the Smart collective. This is the second of three boot camps to be organized as part of the YourJob project. Caritas continues to provide support and empower young people.