With the support of the Embassy of the Kingdom of Norway, Grupa 484, the Caritas network and the Italian organization IPSIA ACLI on Tuesday, March 12, in Šid, a cooking competition entitled “Master Migrant Chef 2019” was organized for migrants and asylum seekers in Serbia. 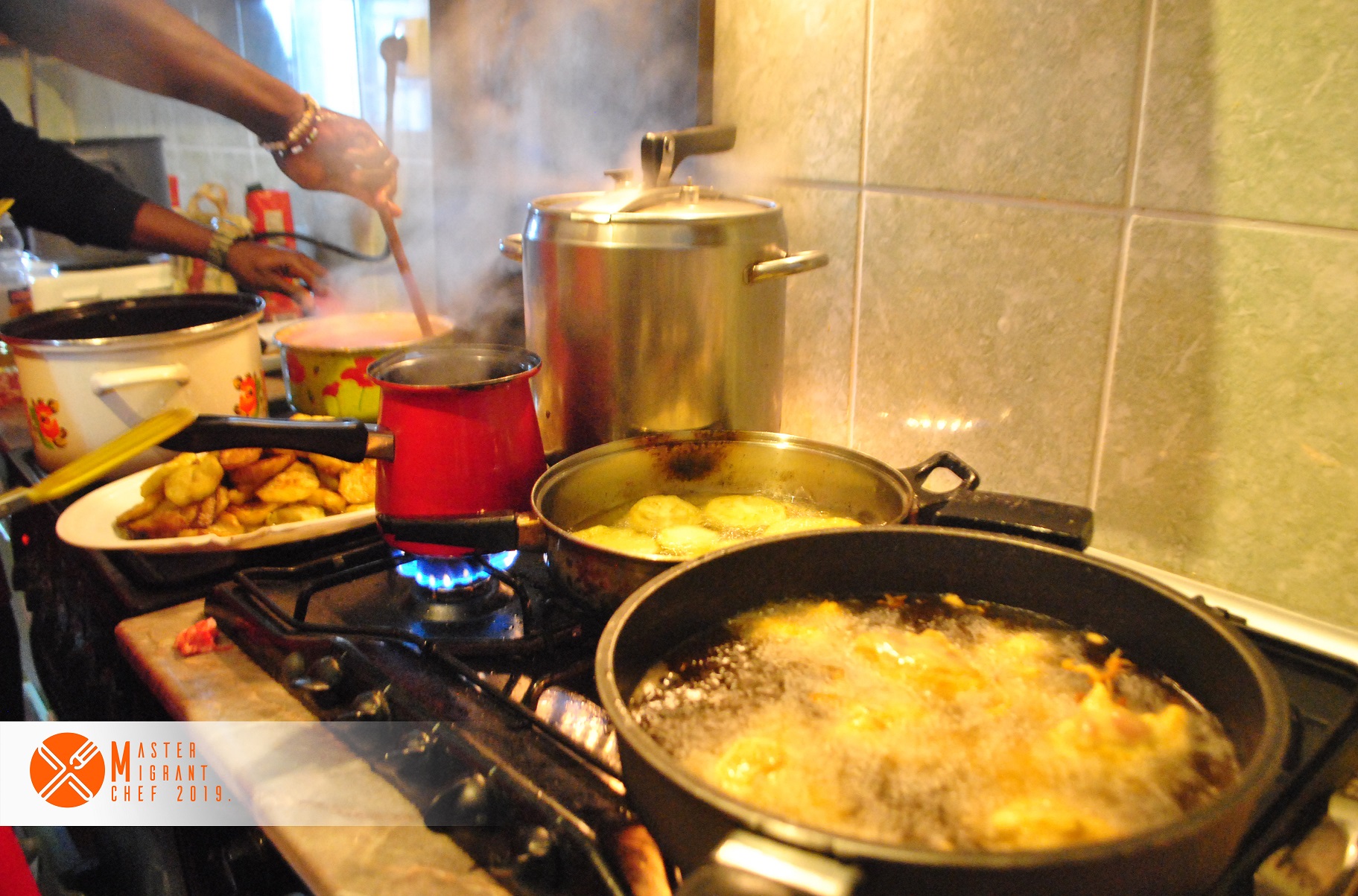 Bearing in mind the idea of ​​the French philosopher Pierre Bourdieu, that the choice of food and taste are key factors for understanding different social groups, as well as Lévi-Strauss’ theory on how food can be imagined as a language that expresses social and cultural systems, yesterdays competition in Šid represented a place of conversation, integration and developing tolerance through a wide range of different flavors of the Middle East, Africa, and Europe. Culinary arts and exotic spices were put together by four teams from the Reception centers Šid and Principovac and Asylum centers Bogovađa and Krnjača. Seventeen participants, side by side, competed in the preparation of salty and sweet dishes during the first competition of this kind organized in Serbia. Getting to know new cultures through a delicious bite, quality time and new acquaintances, marked this one-day event in Šid and left the competition in second place. Nevertheless, after a professional jury made by representatives of Caritas, IPSIA Acli and journalists tasted the food, Abdul Naser Salam from Syria was declared the best cook, while the best rated was the team of Asylum Center in Bogovađa. 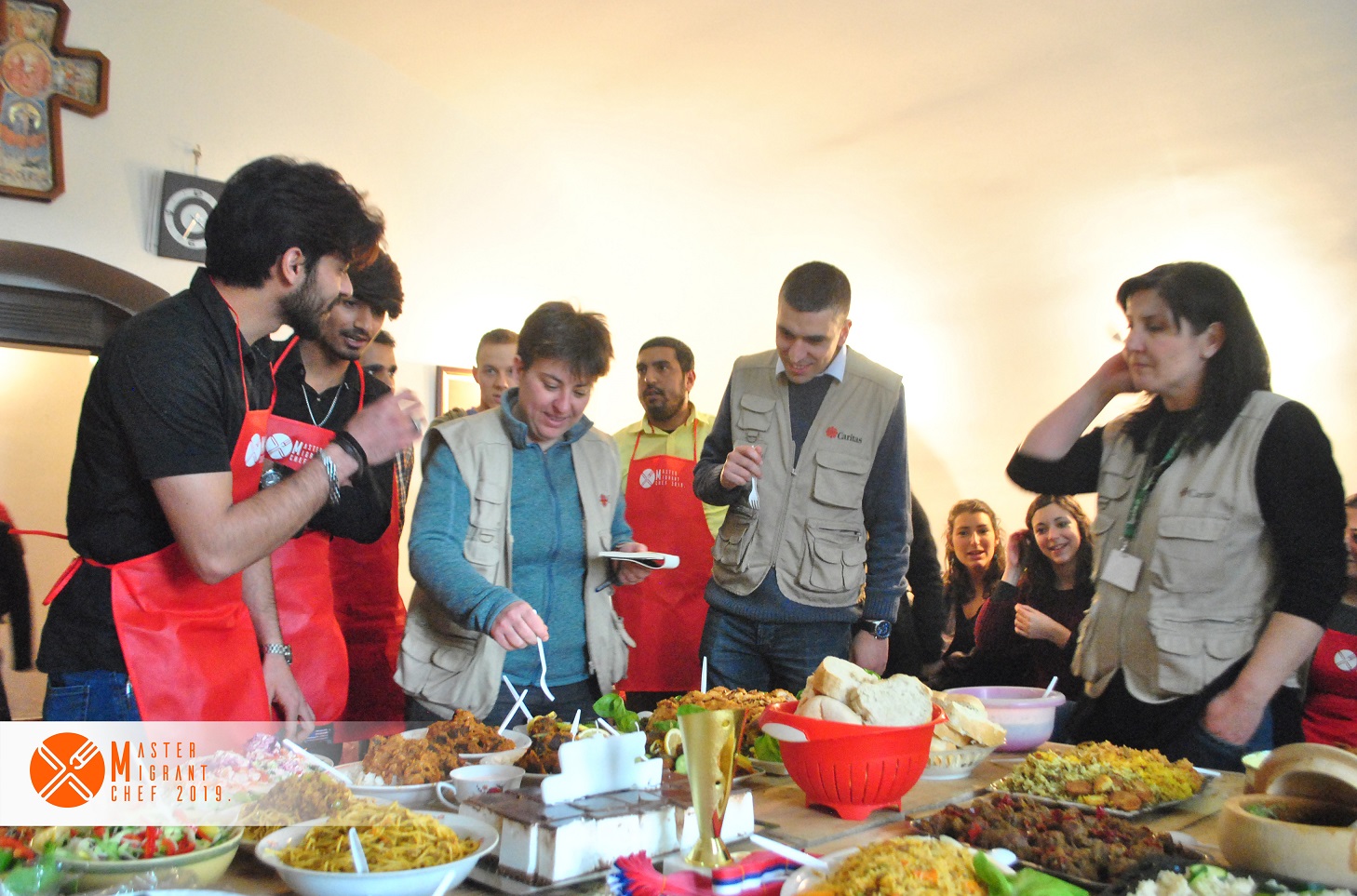 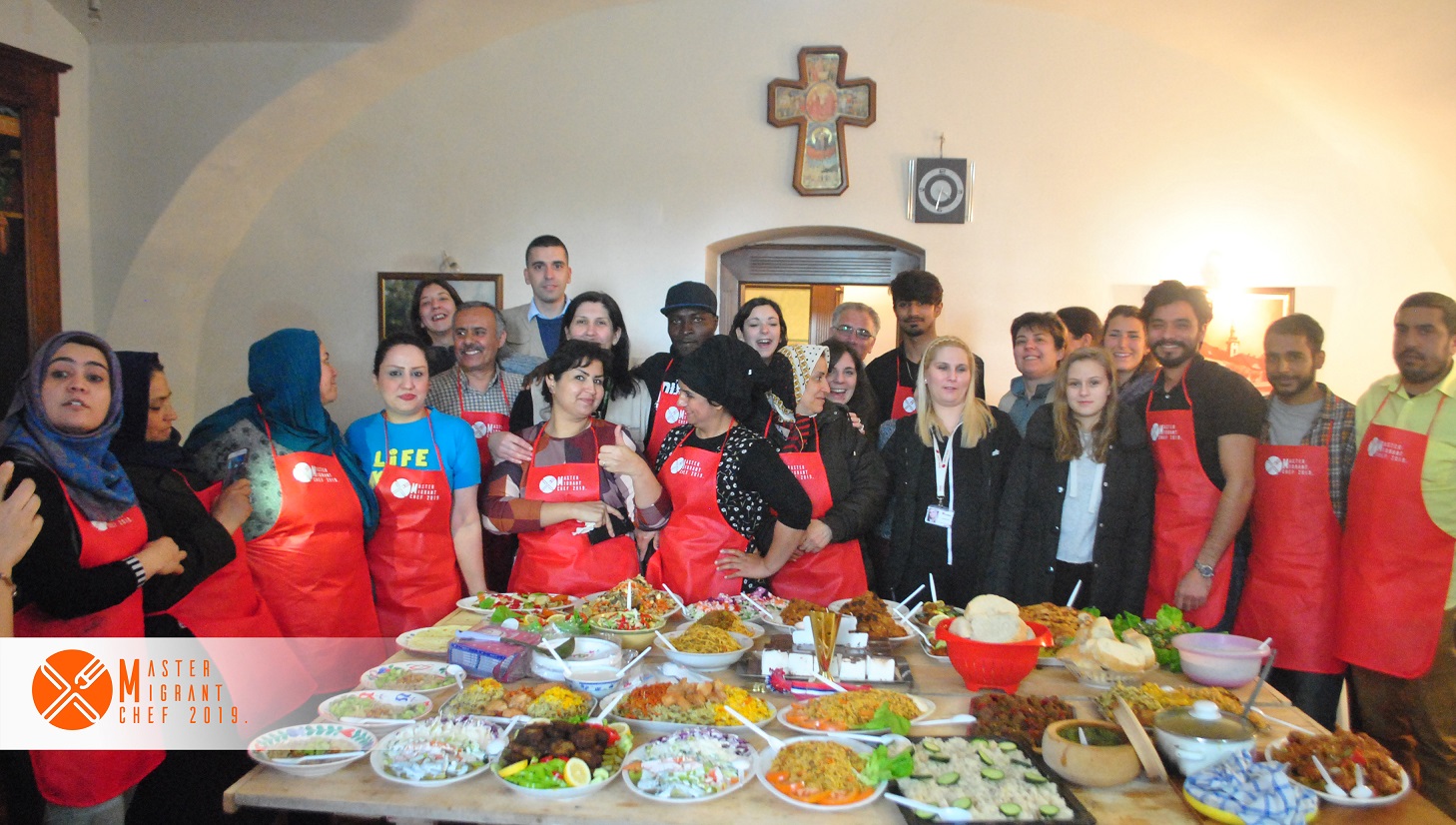